Bassari Resources Limited (ASX: BSR) is an Australian listed small-cap gold company which is currently in the process of transitioning itself from explorer to producer. Currently trading with a market cap of around $35.21 million (as at 15 October 2019), Bassari Resources is focused on discovering and developing multi-million-ounce gold deposits in the Birimian Gold Belt, Senegal, West Africa.

The company intends to bring its Makabingui Gold Project, located in Senegal, into production in 2019 and has been working very hard to achieve this outcome.

Recently on 13 September 2019, the company released its half year results, wherein, the company reported loss after tax of $941,000 for the period, which mostly includes corporate expenses of $197k and employment and consultant costs of 601k. Besides this, during the period, the company spent $57k on occupancy costs and $87k for Travel and accommodation.

For the period, the company reported basic and diluted loss per share of 0.04 cents, in line with previous corresponding period (pcp).

Several key activities/ tasks completed at the Project include: 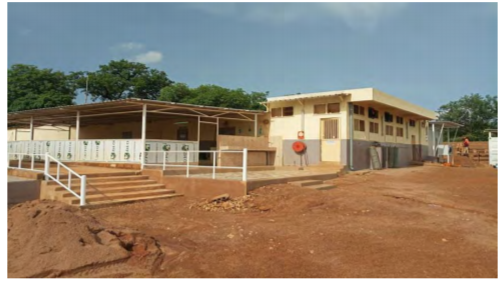 The recent exploration work at the project has uncovered a number of gold extensions and significant gold anomalies. Additionally, the company’s exploration team has identified several encouraging gold prospects in and outside the current pit shell of Pits 1, 2, 3 and 4. The company intends to conduct further drilling to convert these prospects into a resource as well as to expand the reserves.