BPH has recently released its Annual Report for the year ended 30th June 2019 on the ASX. BPH’s investee companies – Cortical and Advent - observed several developments during the financial year, as discussed below:

Medical device technology firm based in Australia, Cortical Dynamics Ltd has developed a paradigm busting technology, the Brain Anaesthesia Response Monitor (BARM), an industry disruptive brain function monitor. Cortical has obtained both approval from TGA and the CE mark for BARM and has now initiated its sales campaign.

Cortical observed many developments during the period, including: 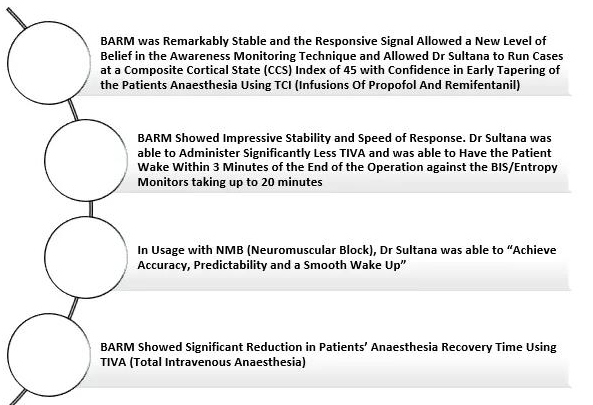 BPH holds a direct interest in Advent, whose primary objective is to drill well in the PEP 11 permit (85% owned by Advent’s wholly owned subsidiary Asset Energy Pty Ltd) at the Baleen drilling target in the offshore Sydney basin in 2020. In the onshore Bonaparte Basin, Advent also holds 100 per cent of each of the RL 1 and EP 386 permits, via its 100% subsidiary Onshore Energy Pty Ltd.

Advent witnessed the following developments during the year:

BPH reached a settlement with MEC regarding the oppression proceedings the company commenced in the Supreme Court of Western Australia with Grandbridge, Trandcorp Pty Ltd and Mr David Breeze.

The company initiated a complementary strategy of investing into the medical cannabis sector by acquiring a 10 per cent interest (with an option to increase the share to 49 per cent) in Patagonia Genetics Pty Ltd.

BPH reported about the purchase of first 1,300 litres of Wonderland Agronutrients products by Patagonia Genetics in September 2019.

During the financial year, BPH recorded an increase in revenue by 17.8 per cent to $278,227, owing to the interest accrued by the company on its secured loans to its investee companies. The company also reported a net loss after tax of $3,013,043 for the year ended 30th June 2019.

Following the year, the company issued 20 million share options at an exercise price of $0.002 (expiry date of 9th August 2024) on 9th August 2019, as part of remuneration arrangements with a contractor.

The company also issued 282 million fully paid ordinary shares on 28th August 2019 for cash to make investments in medical devices, biotechnology and oil and gas and for debt reduction, working capital, due diligence and review and consideration of proposed investment in medical cannabis. In addition, the company issued 15 million fully paid ordinary shares as an introductory fee for a business transaction.

Focusing on value-creation and growth capacity, BPH has progressed considerably well during the financial year. The company is well positioned to tap further opportunities in diverse fields, backed by its robust investments. The company aims to continue its investment in energy resources and to assist its investee companies to commercialise breakthrough biomedical research developed in universities, medical institutes and hospitals.