Lithium is widely used to make special glass and ceramics, electrical and electronic components to make lubricating greases and as a flux for welding or soldering. Weakening demand in China and increasing global lithium inventory affected lithium prices negatively year-to-date. Australian Lithium producers have cut their Lithium production this year in order to maintain demand-supply balance and control falling lithium prices. Additionally, the next decade belongs to smart applications, smart vehicles, etc., which require lithium as a primary and important source in electronic goods manufacturing. According to the Benchmark Mineral Intelligence, lithium supply may increase at a 19% CAGR over the next six years simply to meet projected 2025 demand. Australian companies which are expected to benefit from the lithium boom in the coming times are Pilbara Minerals Limited, Lithium Australia NL, Lake Resources N.L., Latitude Consolidated Limited and Core Lithium Limited.

Pilbara Minerals Limited (ASX: PLS) recently published its June ‘19 Quarter report, highlighting that the spodumene concentrate stood at 63,782 dry metric tonnes (dmt) as compared to 52,196 dmt in March ‘19 Quarter. Around 43,214 dmt of spodumene concentrate was shipped during the period as compared to 38,562 dmt in the previous quarter. During the period, the company achieved cash operating costs of US$528/dmt CFR (Cost and Freight Rates) China, which represented continued ramp up and optimisation of the Pilgangoora Project’s process plant. Costs are expected to be at US$320-350/dmt CFR China by Q4 FY20, with anticipated improvements in plant recovery, plant stability and site optimisation expected to significantly lower unit costs. Cash balance at the end of June 30, 2019, was reported at $63.6 Mn as compared to $103.9 Mn at the end of the previous quarter.

Lithium Australia NL (ASX: LIT), within the Youanmi Project area, recently intersected substantial lithium mineralisation in reverse circulation drilling targeting lithium, caesium tantalum pegmatites. The company has an option to acquire full rights and title to 3 exploration licences at Youanmi in Western Australia, which hold the pegmatites and vanadium mineralisation in a nearby layered mafic complex. 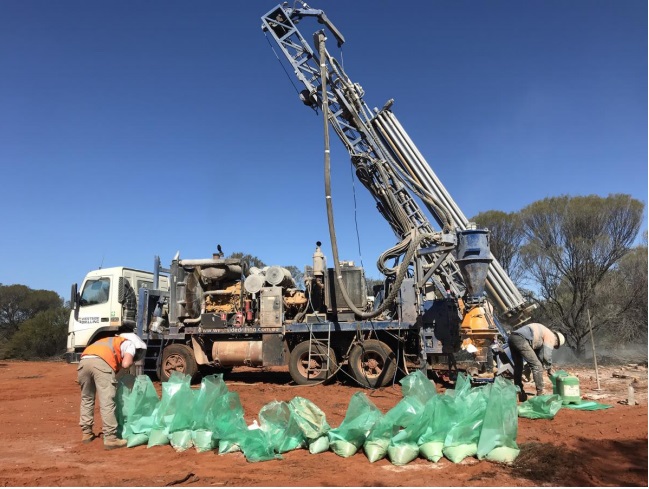 March ’19 Quarter Key Highlights: LIT completed the aerial survey at its Youanmi lithium project. It commenced a pre-feasibility study for the Sadisdorf lithium project (Germany), to inspect the viability of producing cathode materials for lithium-ion batteries. An exploration programme was undertaken in January 2019 at Lithium Australia’s Medcalf prospect at Lake Johnston Western Australia, which confirmed the presence of spodumene pegmatite swarms (very low) in deleterious elements.

Lake Resources N.L. (ASX: LKE) recently announced about higher lithium grades (505 mg/L including zones of 540 mg/L) over a wider interval of 340m at Lake’s Cauchari Lithium Brine Project, Argentina. The project has been provided with debt support by Ganfeng Lithium, which is a major Chinese lithium producer, invested a combined US$397 million to acquire a 50% stake in the Cauchari project. 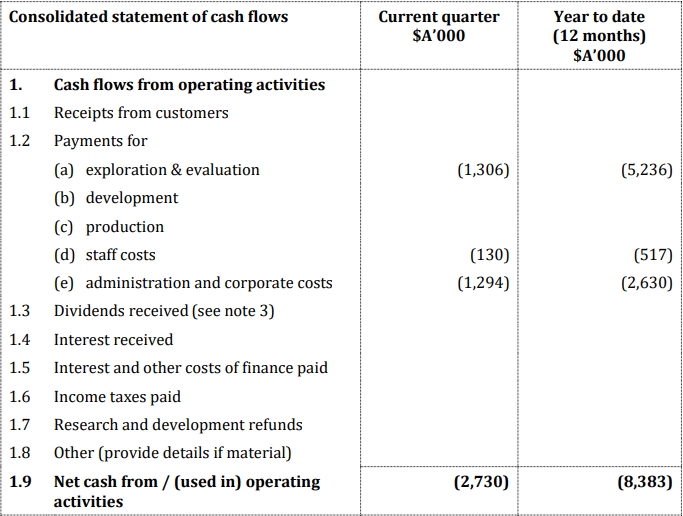 Outlook: The company aims to focus on Olaroz-Cauchari Lithium Brine Projects in Jujuy Province and Kachi Lithium Brine Project in Catamarca Province in the coming quarter. At Jujuy Province, the final results are awaiting from the discovery hole at Cauchari and the initiation of drilling is expected at Olaroz. At Catamarca Province, the pre-feasibility study is under progress and an update is expected on construction and delivery of the pilot plant.

Latitude Consolidated Limited (ASX: LCD) recently completed the acquisition of a 70% interest in the Mbeta Lithium Project in Southern Zimbabwe. LCD paid US$50,000 to Zimbabwean national, Robert David Hutchings upon the Mbeta claims being transferred to the Joint Venture company. The project covers mineral claims, which are highly prospective for lithium and associated elements in the area of 18km². The company is assessing the number of additional project acquisition opportunities within Africa, targeting the battery-metals sector.

March ’19 Quarter Key Highlights: During the period, Latitude continued to evaluate several compelling potential investment opportunities in Zimbabwe, Zambia and other regions, which have been presented to the company. These opportunities remain in line with Latitude’s focus on establishing a portfolio of projects in Africa and across the globe. 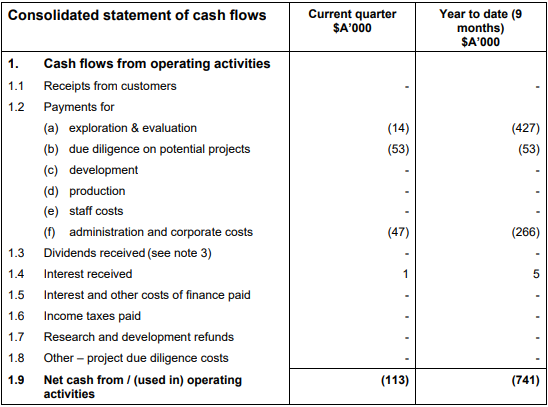 March ’19 Quarter Key Highlights: During the period, CXO increased the global Mineral Resource of the Finniss Project to 8.85Mt. The company was awarded the first ever lithium Mineral Lease in the Northern Territory for the Finniss Project. It made an important move by appointing Simon Iacopetta as a Chief Financial Officer. The net operating cash outflow for the quarter was reported at $2,696K. For the period, CXO posted net cash outflow from the investing activities of $24K. The net cash inflow from the financing activities for the quarter amounted to $257K. The company at the end of the period posted cash and cash equivalents of $1,920K. 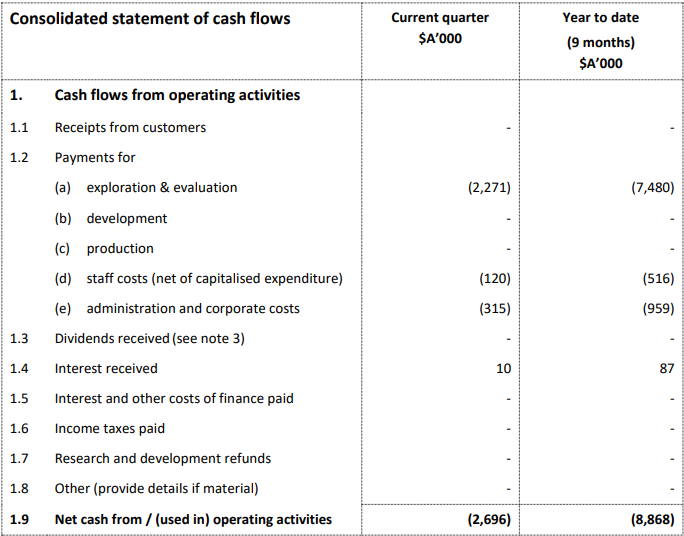