Letâs have a look at some of the winners on Australian Securities Exchange that have registered over 200% returns in the stock price momentum.

In this basket of ASX-listed companies coming from diversified sectors, the pot stocks have been the showstopper on the legalisation of cannabis use in Canada and other parts of the world mainly for medicinal and recreational purposes.

Digital health company, 1st Group Limited has been one of the favourite health care stocks of investors since the start of 2019. This translates a surge of 228.57% in year-to-date performance of the stock with the positive price change of 253.85% in last six months and 87.76% in the past three months.

The start of bullish trend can be tracked down to the mid of March 2019 when 1st Group Limited announced the strategic service agreement it inked with one of Australiaâs largest private health insurers- Medibank for the first time. 1st Group agreed to deploy its digital health service portal, MyHealth1st.com.au, as the online booking platform for Medibankâs dental network.

The deal was made under a monthly subscription contract including setup fees that will allow the access of 1st Groupâs patient engagement platform (MyHealth1st) to ~2.8 million of Medibankâs customers for the purpose of booking appointments online. 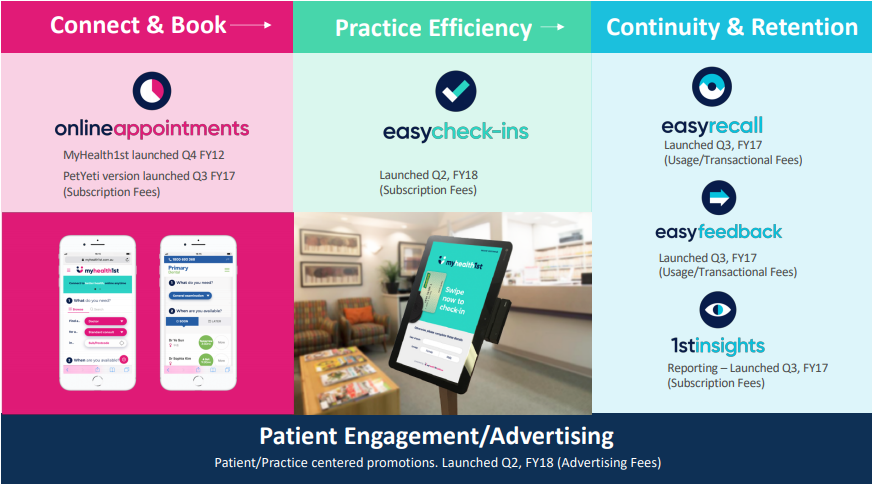 In 2019 Roadmap, 1st Group expressed its objective to grow in both existing and new verticals for the delivery of multiple revenue streams across subscribers and advertisers. The company eyes Total Addressable Market (TAM) in Australia and New Zealand together to be over $1.9 billion per annum driven by its âworld-classâ technologies and a range of in-house brands that include online pet service portal PetYeti.com.au, corporate and government solutions platform GoBookings.com and leading health services portal in Australia MyHealth1st.com.au.

Althea Group Holdings Limited, a renowned name in the medicinal cannabis industry, has reached to the market of United Kingdom. The company that recently achieved a 1,000 patient milestone in Australia has been selected by the independent scientific committee of Drug Science to supply its medicinal cannabis products in their pilot project âProject TWENTY21â.

Project TWENTY21 has been officially launched by UK-based drug advisory committee Drug Science with the objective to increase the number of patients that can be prescribed medical cannabis in the United Kingdom. It, moreover, outlines the UKâs first national pilot program for medical cannabis that aims to register 20,000 patients prior to the finish of 2021.

The report read that the pilot will use a real word data patient registry to assess efficacy, safety and patient-reported outcomes in patients prescribed medical cannabis and will specifically focus on patients with chronic pain, anxiety, multiple sclerosis, PTSD, and touretteâs syndrome in the first phase.

Althea Chief Medical Officer Dr Robert Pawinski stated that itâs a matter of proud for Althea to deliver its medicinal cannabis as part of the national pilot rollout. The company believes that Drug Scienceâs pilot program would yield valuable data that can then be utilised to further bolster the case for the wider use of medicinal cannabis.

Communication services company 5G Networks Limited has recorded a gain of 240.48% in year-to-date return of its stock performance. In the last three months, the stock price surged 52.94%, factoring in the news of expanded debt facility from the Commonwealth Bank of Australia (CBA).

On 23 May 2019, 5G Networks announced that its available debt facility with CBA has been increased to $7.2 million to unlock new opportunities for growth. The increased facility has provided additional firepower to 5GN given the adequate acquisition be presented.

Recently, 5GN also announced the appointment of Mr Glen Dymond to the role of Chief Financial Officer and Company Sectary of the company. Mr Dymond has been accredited for managing more than $2.5 billion in his over 25 years of career across capital raising, bank debt facilities, refinancing and management of financier syndicate activities.

Clinical stage cannabinoid company Botanix Pharmaceuticals Limited stated that as per the new data from studies recently conducted, a new drug candidate âAB 2367â from its cannabidiol antimicrobial platform is a potent antibiotic effective against human and veterinary hypervirulent strains of the Gram-Positive bacteria Clostridium difficile.

Highly overlooked, Clostridium difficile is recognised as the most commonly acquired hospital infection that poses a serious life-threatening bacterium globally. It is responsible for nearly 50,000 infections and 30,000 deaths annually in the United States alone.

Botanix recently announced the appointment of a US-based dermatology industry leader Mr Vince Ippolito as President and Executive Chairman of the Botanix Board.

CropLogic Limited is an award-winning global agronomy, farm management and agtech company that has experienced a massive bull-run in its stock price momentum this year.

In the latest announcement to the market, CropLogic announced the successful completion of planting at its Hemp Trial Farm in Central Oregon, United States. 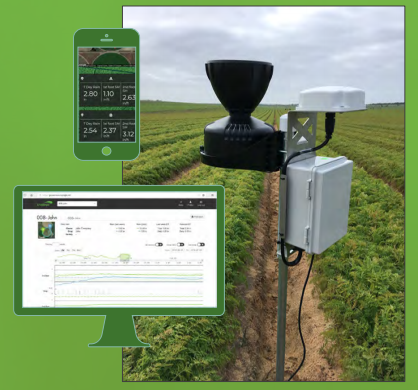 The wholly-owned subsidiary of the company, LogicalCropping would now crop 500 acres of CBD producing hemp following the utilisation and installation of CLIâs suite of agtech products such as CropLogic Aerial Imagery and CropLogic realTime in the next phase.