The below-mentioned companies have experienced improvement in their share price during today’s trading session. Let’s take a closer look at the recent updates made by these stocks.

Estia Health Limited (ASX: EHE) is one of the leading residential aged care providers in Australia with corporate centres in Melbourne and Sydney. 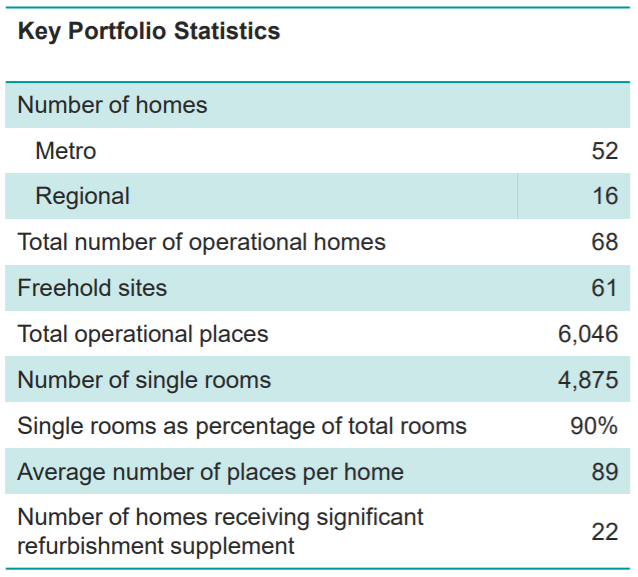 Recently, the company decided to close its older facility at Mona Vale to fast-track the redevelopment of a well-positioned site; however, this has had a negative impact of around $0.6 million on the company’s FY19 EBITDA. EHE is expecting its FY19 EBITDA generated by mature homes to fall between $86 million to $88 million as compared $90.1 million in FY2018. With the two new homes at Southport and Maroochydore, the company is expecting FY19 net losses to be between $0.7 million to $1.0 million. It is estimated that the company will incur around $2.3 million in costs associated with the Royal Commission.

Recently, on 4th April 2019, the company announced that it is expecting to receive and recognise an additional revenue of $8.75 million to $9.25 million related to the period 20th March 2019 to 30th June 2019, due to the impact of the Temporary Funding Increase announced by the Government.

A media company, Nine Entertainment Co. Holdings Limited (ASX: NEC) is the home of Australia’s most trusted and loved brands. The company is currently in the process of selling its Australian Community Media and Printing business (ACM) for an estimated amount of around $115 million, which will be used to reduce group indebtedness.

Due to the recent merger with Fairfax, Nine Entertainment Co now holds a diverse suite of assets, which can reach to a wide range of audience. With its operational strength and traditional media assets, the company has successfully established itself as a pre-eminent media company in Australia.

The company recently became a substantial holder of Vanguard Group by holding 85,335,807 shares with 5.004% voting power.

A gold mining company, Saracen Mineral Holdings Limited (ASX: SAR) has witnessed an improvement of 3.681 percent in its share price during today’s intraday trading session. The company’s production primarily originates from two WA projects, Carosue Dam Operation and its Thunderbox Operation, both of which have long lives with extensive potential for further growth through exploration.

The company recently noted Hawthorn Resources Limited’s announcement, in which Hawthorn Resources advised that it has completed the Asset Sale and Purchase Agreement with Saracen Mineral Holdings for the sale of Hawthorn’s interests in Box Well and Deep South mining leases along with exploration tenements totalling 18 tenements and leases for a consideration of around $13.5 million.

The company has delivered consistent production in the last three quarters and recovered the gold of around 90koz per quarter.

The company’s recent highlights include:

Despite spending $58 million in 2019 March quarter on growth capital and exploration, at the end of March quarter, the company had $153 million in cash and equivalents, $10 million higher than the last quarter.

In FY19, the company spent around $60 million for exploration and drilling across Saracen’s portfolio, the success of which prompted an increase in the FY19 capital development budget by $35 million.

The $60 million of exploration can be broken up into the following items and estimated spend: 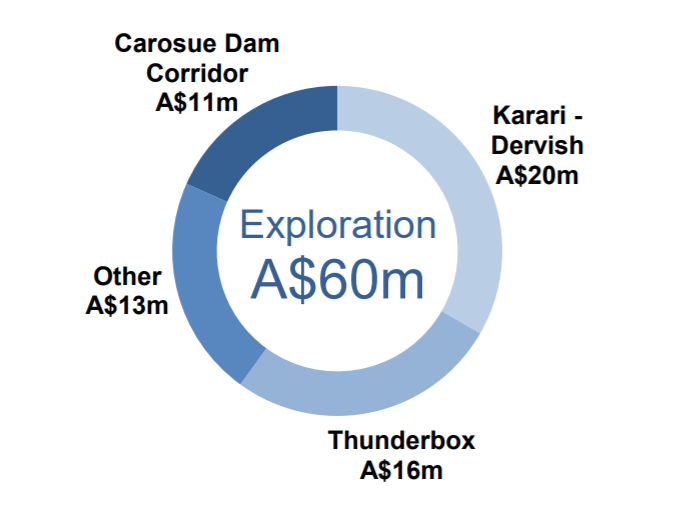