The company also highlighted that global steel production growth was reported at 4.4% in H1 2019 (on a Y-o-Y basis). During this time, iron ore stocks at port reduced by ~20% in H1 2019. Global aluminium demand growth dipped to ~1% in H1 2019 (on a Y-o-Y basis), and due to lifting of sanctions aluminium supply increased. As a result, significant proportion of producers are presently unprofitable. In case of copper, macro headwinds and trade concerns are impacting sentiment, and H1 2019 saw supply disruptions by ~3%.

H1 2019 Financial Highlights (ended on 30 June 2019): Gross revenue for the period increased by 3% to US$21.8 billion, while underlying EBITDA for the period was reported at US$10.3 billion and EBITDA margin stood at 47%. Pilbara operations contributed majorly to the company’s financial performance with EBITDA margin of 72%, supported by strong iron ore prices. 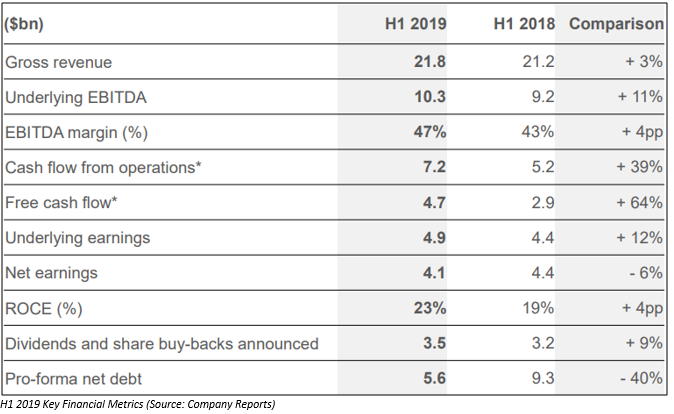 Independence Group NL (ASX: IGO) is involved in the mining and processing of nickel, copper and cobalt at the Nova Operation, non-operator gold mining from its 30% interest in the Tropicana Operation and ongoing mineral exploration in Australia and overseas.

Recently, the company decreased its stake in Orion Minerals Ltd from 8.23% to 6.23%, effective from 24 September 2019. In a previous update, IGO had informed the market regarding a casualty at the Nova Operation in the month of September 2019. During the incident, an employee got injured on site and subsequently passed away in the hospital. The incident happened when the person was securing the truck’s load prior to departure from site. Following the incident, the Department of Mines, Industry Regulation and Safety was immediately informed by the company. Owing to the investigation, the company had suspended its operations for 29 hours.

Engineering-led construction, mining, services and public private partnerships leader, CIMIC Group Limited (ASX: CIM) is in the news for mulling strategic options for some of its mining services operations under the Thiess and Sedgman brands, which represent CIM’s mining and mineral processing units. The company is believed to be in talks with investment bank J.P. Morgan and other advisers, which have initiated signing up players that are interested in non-disclosure deals. As per market reports, important points such as buyer’s appetite for assets are being considered, while potential acquirers have also been approached.

In another update, CPB Contractors (CIMIC Group company) has been appointed to construct the new Sydney Metro City & Southwest Pitt Street Station by the state government of New South Wales. The integrated station development is expected to provide a 250 m (metre) long underground Pitt Street Station connecting the station entries from Park Street to Bathurst St with retail and other commercial facilities. The contract covering the station design and construction would generate approximately A$463 million in revenue for CPB Contractors. 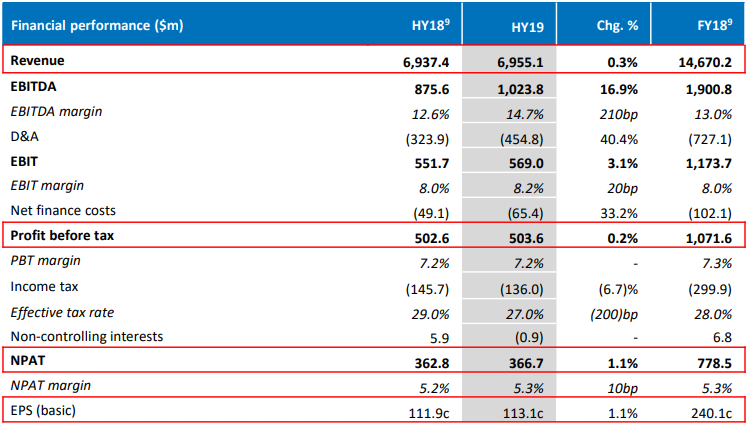