Perth-based base and precious metals developer, Cassini Resources Limited (ASX: CZI) has announced encouraging early results from drilling at the Yarawindah Brook Project in which the company has an 80 percent beneficial interest.

The project prospective for nickel, copper, cobalt and PGE’s is on agricultural land near the township of New Norcia in Western Australia. Further, this project represents a maficultramafic intrusive complex, located at a major regional-scale structural intersection of the Darling Fault and the Meckering structural zone. 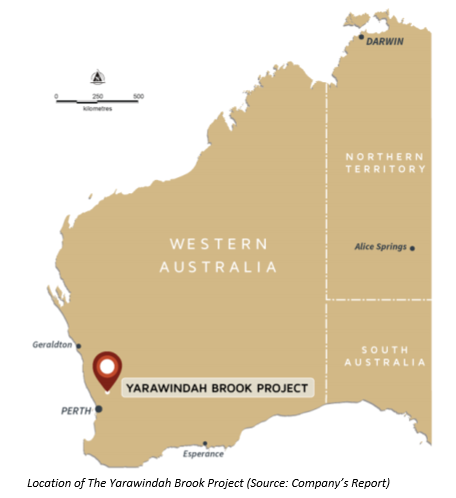 Drilling has targeted the XC05 Conductor, which is renamed to “Brassica Prospect” located approximately 4km to the southwest of the main Yarawindah Prospect.

The XC05 Conductor has been modelled as three distinct electromagnetic conductors extending over a strike length of 300m, with modelled plate conductance of up to 2,400S, consistent with sulphide accumulations.

Notably, the Brassica Prospect has never been previously drilled.

The mineralisation identified so far may not be economic, but the company is of the view that these results are very encouraging for a completely new target area at a very early stage of exploration. The results so far have demonstrated the Project’s potential to host multiple magmatic nickel and copper deposits.

While the company is busy with the exploration at Yarawindah Brook Project, it continues to perform drilling at its flagship West Musgrave Project which is believed to be the largest undeveloped nickel - copper project in Australia.

Last month, the company announced the results from recent drilling The exploration program was funded as part of the Joint Venture Agreement with OZ Minerals Limited (ASX: OZL) at the Succoth Deposit and One Tree Hill Prospect, both part of West Musgrave Project. Major highlights include:

It is to be noted that Cassini Resources has reported encouraging findings at both its project, demonstrating the strength of its current portfolio of project. Cassini is also progressing its Mt Squires Gold Project (100%).