Northern Minerals Limited (ASX:NTU) announced that it has signed subscription contracts with multiple sophisticated investors to raise $22 million (before costs) under a private placement. The placement would take place in four tranches: 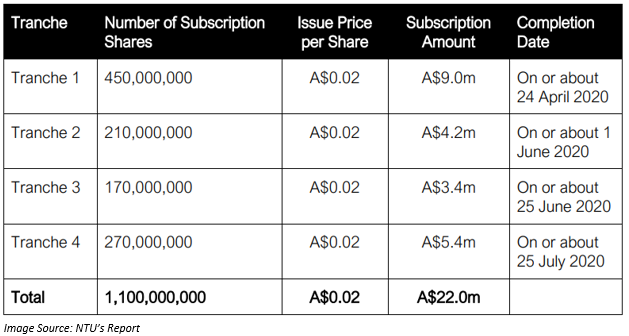 Other than this, NTU updated that its earlier announcements related to the $20 million Baogang Placement, that was originally announced on 15 August 2019, has been prohibited by the treasurer. Thus, issue of shares to Baogang would not proceed.