Today, the Australian stock market ended in the red zone. The benchmark index finished at 5941.1, down by 0.61 per cent as compared to Monday's closure of 5977.5.

In the earlier session market rallied on fast track vaccination's hopes. Then, drop began in the market after California ordered a shutdown of indoor businesses to curb the spread of the virus. Governor Gavin Newsom said that museums, cinemas, bars, zoos, wineries, and restaurants should close indoor operations immediately.

All sectors on ASX have ended in the red zone except the consumer staples. Australia began its human trial phase 1 of COVID-19 vaccine on Monday, but it seems ASX has ignored this piece of news and continued a gloomy session.

On 13 July, CCP released its unaudited results update, and the company stated that it enters FY 2021 in a robust position with no net debt and undrawn lines of AUD 375 million.

Have a look at the graph below to view five best and worst-performing stocks in today's market: 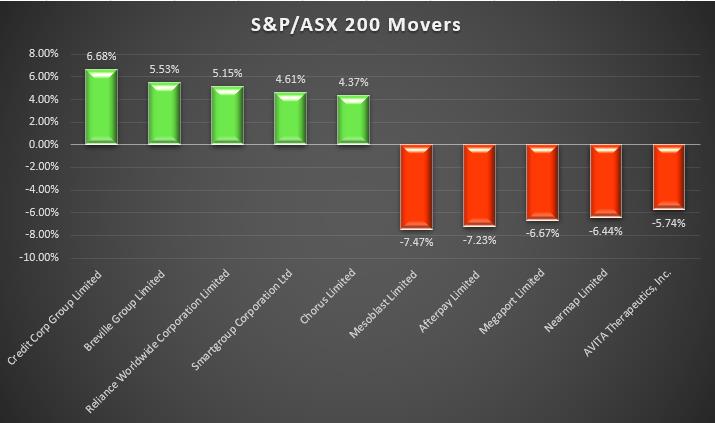