Post scaling recent peak, the dollar index faced resistance around the long-term hurdle of 100.25-101.0 and retraced back, which is now supporting the cross currencies such as AUD and JPY. Apart from the decline in the U.S. dollar, the improvement across the domestic front is also supporting the home currency, which has given a consistent rally from USD 0.5507 (intraday low on 19 March 2020) to the present high of 0.6571 64 (intraday high on 30 April 2020), which underpinned a price appreciation of ~ 19.32 per cent.

Let us now look at currencies, which are showing some momentum and interesting development in the wake of falling U.S. dollar. 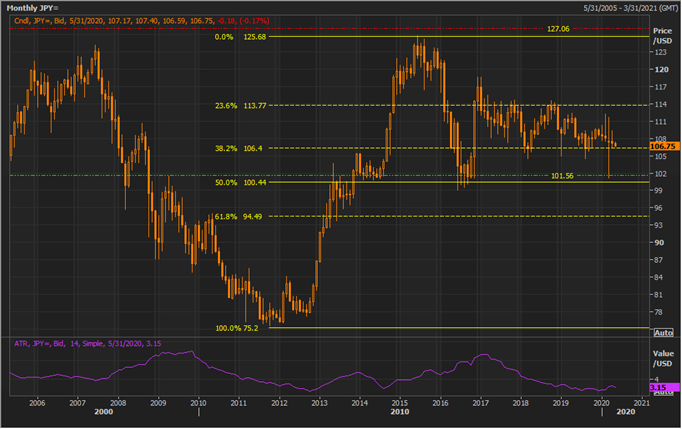 The major support is at JPY 101.56, below which JPY would gain further strength, the cross pair remained in uptrend largely due to the rise in DXY. Also, the 14-period average true range is losing steam around the lower levels and near the short-term support of 38.2 per cent retracement level, suggesting that JPY might again lose steam against USD over the long-run; however, there are many resistance levels before a clear continuation of the existing trend could take place. 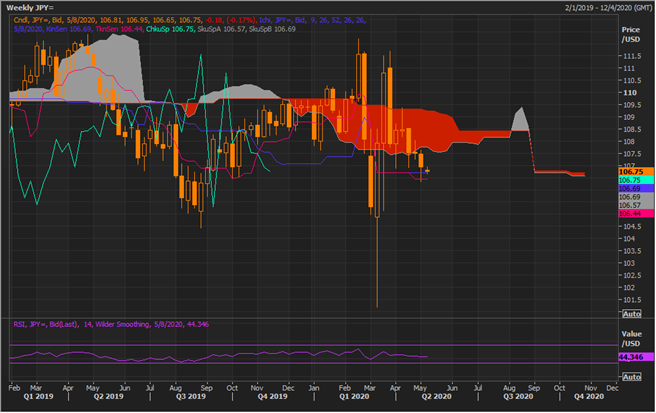 However, on further investigating the monthly chart, it could be seen that the cross pair is showing a negative crossover between the medium-term and short-term exponential moving average of 50- and 21 months, with a negative signal from the MACD or moving average convergence and divergence indicator, reflecting that USD could go further weak against JPY ahead.

The price pattern is following a symmetrical triangle, which reflects the ongoing tug-of-war between USD and JPY for the title of the safe haven in the currency market.

However, the spread between Span A and Span B is quite narrow, suggesting that USD could again regain momentum without major difficulty, but for confirmation, the cross pair has to breach and sustain above the red cloud area. 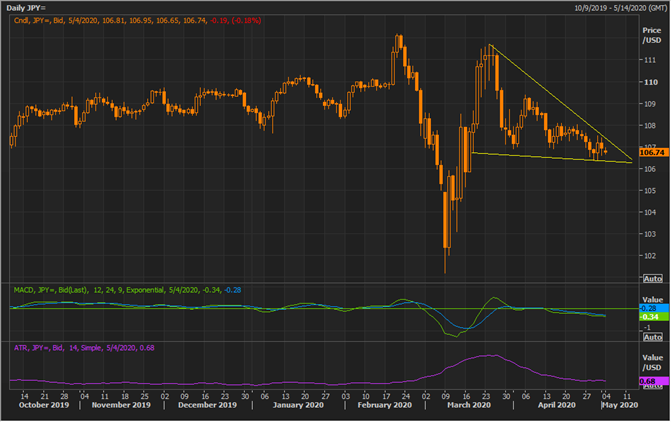 On the daily chart, the cross pair it could be seen that the pair is trading near the bottom line of the descending triangle formation with a negative crossover from MACD. A break and sustain below the same triangle formation could further establish a bull run in JPY and a bear run in USD, and failure to do so would have a reverse impact. 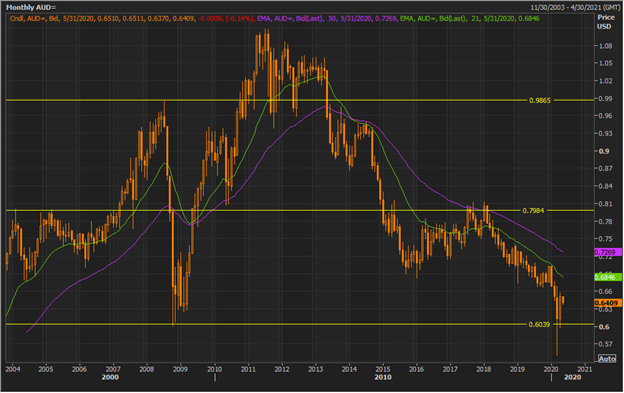 It could be seen on the monthly chart, that the currency plunged briefly recently, and penetrated its long-term support of USD 0.6039; however, bulls reacted quickly to the fall and the currency recovered with a bull cover candle in April 2020.

The long-term exponential moving averages of 50-month and 21-month are showing a negative cross with a large spread, suggesting that the downtrend is yet strong. 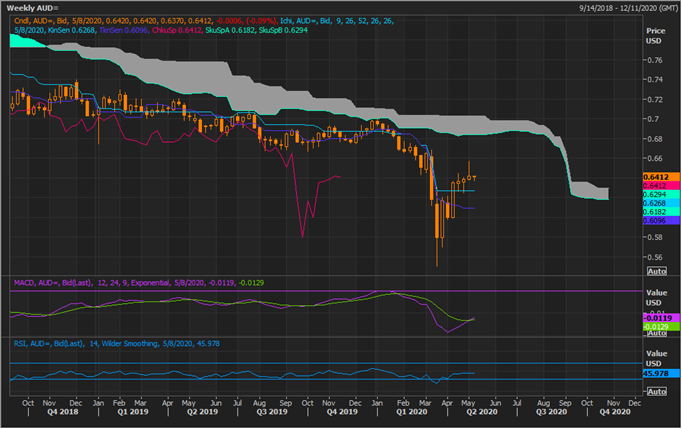 Now, the grey cloud would be the primary resistance for the currency. 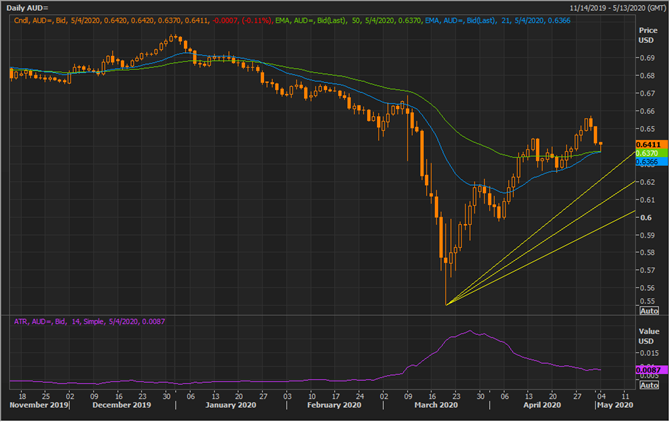 On projecting the Fibonacci Fan by connecting the recent low to the recent high, the short-term support of the fan is coming at ~ USD 0.6370 mark, which happens to be the level of the 50-day exponential moving average, and it should be closely monitored as a break and sustain below the 3/3 fraction would mark the continuation of the primary downtrend, while if the price remains able to sustain the rally it could rise to test its long-term resistance at USD 0.7984, as depicted on the monthly chart.