The primary asset lies in the super liquids-rich window of the Montney Formation with 72,000 acres of drilling rights in British Columbia. 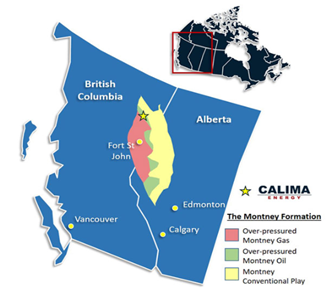 Location of Blocks in the Indian Ocean (Union of the Comoros) 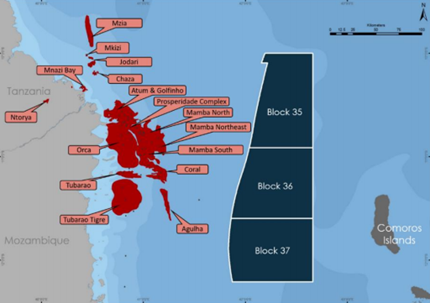 The Business Strategy for Calima Energy

The company’s business strategy is designed counter-cyclically to take advantage of O&G prices. At the time of declining O&G prices, the company prefers to shift focus from capital expenditure reductions to reserve inventories’ repairing and advancing additional opportunities. The option includes acquiring new projects and investments in geoscience to improve the overall company outlook in the short to medium term.

Did the company follow the strategy to beat O&G price volatility?

Strategy on Tumbled Prices: In 2014, the vicious slump in oil & gas prices occurred and in line with the company strategy, CE1 acquired interests in the four PSCs in Western Sahara i.e. SADR from Ophir Energy. The deal involved a payment of 2.5% net profits interest to Ophir, concerning the petroleum production from the lands covered by the PSCs.

Strategy on Price Rebound: On the occasion of price rebound of oil & gas, the company started focusing on drilling of the super liquids-rich zone of the Montney formation. For the same on 1st May 2018, CE1 consolidated the rights in the formation area to 100% through the acquisition of TSVM and TMKM. The consolidation and sole ownership of the project have resulted in more generalisation, greater efficacies and cost savings.

Also, to facilitate the integration of merger and to deliver business development services, the company onboarded Mr Mark Freeman from TSVM, a strategic advisor, to smoothly execute the organisation change.

The positive and inspiring drilling test results of the Calima Lands have made the Montney Project a prime focus of the company.

For the same, McDaniel & Associates was appointed to assess and update the hydrocarbon resources contained within the Montney Project, which resulted in the increased estimation of total contingency resources (2C) and prospective resources (2U), including royalty to 196.1mmboe and 497.3mmboe, respectively.

Further to reach the market or to commercialise the project, approval for pipeline construction has been secured to connect existing as well as future Calima wells to the regional sales network.

Steps toward Funding: As part of its efforts towards securing funding, Calima Energy is planning to sell all its PSCs in SADR or part of it at more than $ 0.132 million as well as Bahari Shares at a profit better than $ 1.32 million. Also, in July 2019, CE1 announced a $ 4 million share placement and an $ 8.7 million fully underwritten entitlement at $ 0.018 per share both to raise capital of around $ 12.7 million.

Additionally, working capital of the company is well funded at $5.6 million, raised through the sale of Namibia PEL 90 licence (Block 2813B) and ~$1.3 million receivable due for February 2020 from Canadian GST. Moreover, the liquidity of working capital is maintained through cost-saving method such as the cut in overhead cost combined with 50% reduction in headcount.

The company’s strategy is placed coherently with the market status quo, which has helped Calima Energy in properly investing in the projects and reaping benefits at the right time with the development of the right project. This has helped the company gauge and remain on toes for upcoming volatility in either prices or economic uncertainty.