Why Software Stocks are in a Different League - Xero's Growth Charter

Xero Limited, incorporated in New Zealand, is a cloud accounting service provider, employing over 2.5k people to deliver a seamless experience to the small business owners. Founded in 2006 with a view to disrupt the status quo, the company has recently reached 2.057 million in subscriber base.

What sets Xero apart from the other software players?

Companies always wants to increase their productivity and efficiency levels in order to have a resilient & innovative business model, capable of adapting to numerous dynamic trading conditions.

As an accounting service provider, the company is allowing small businesses to achieve competency gains. Said that, the companies involved in delivering such solutions to other businesses, must innovate at a rapid pace without compromising on the value proposition to the customer base.

To name a few in the broader league, ServiceNow Inc (NYSE: NOW) and SAP SE (NYSE: SAP) could be prime examples of a similar companies, helping other businesses to become more useful and dynamic.

More importantly, the impact of such companies increases at a time when margins are coming down globally, economic growth is slowing, possibly leading to optimisation in cost structures of companies with the help of innovative and disruptive technologies.

At the same-time, the companies like Xero Limited have an excellent value proposition for the larger giants like Microsoft Inc (NASDAQ: MSFT) as they could be a possible expansion base for Microsoft existing gigantic user base of companies, such as MS Office, Teams, Yammer, Cloud etc.

Where do the competitors stand?

There are several competitors for Xero, some of them are listed in the below figure. In addition to these, some other notable mentions include Zoho Books, FinancialForce Accounting, Bento, Sage 50 among others.

However, it depends solely upon the company and its strategy to get better out of its competitors. Competition is present in almost each industry, business etc., and product differentiation, competitive advantages play an important role.

As an example, Sage Intacct is recognised as the preferred provider by AICPA (American Institute of Chartered Public Accountants). This reflects the competitive advantage in favour of Sage Intacct compared to its peers.

Xero has definitely pulled the rabbit out of hat today (7 November 2019), posting a net profit after tax of NZD 1.33 million in the interim disclosure of results for the period ended 30 September 2019.

In the half-year, the company delivered an increase of 33% in constant currency terms compared to the previous corresponding year (pcp), posting operating revenue of NZD 338.7 million.

Among non-GAAP metrics, the company reported 30% growth in annualised monthly recurring revenue to NZD 764.1 million. It is now serving 2.057 million subscribers, increasing the subscribers at a rate of 30% over the pcp.

In the half-year period, the company renewed its syndicated standby debt facilities for a three-year term. Xero added HSBC and Citibank to its existing syndicate with other banks, increasing the facility size to NZD 150 million from NZD 100 million.

It appears the company is capitalising on the existing lower interest rate environment, as it has secured more flexible terms with annual cost broadly consistent despite an increase of NZD 50 million in facility size.

More importantly, the company does not have any recent plans to draw funds from the new syndicated facility, but it can be also be used to improve the short-term liquidity requirement for the company.

In the half-year report, the Chairman & CEO review suggested that the company continues to invest in its platform while recording success with its strategy. The company continues to drive for seamless, simpler, and smarter integration between customerâs accounting data and other critical small business needs.

Xeroâs platform is presently providing customers with over 200 connections to banks and financial services partners across the globe, reaching a new benchmark of over 800 apps in its ecosystem during the half-year.

The company has been investing heavily in technology to underpin its platform, which would allow Xero to deliver on the value proposition to the customers, and meeting its ambitious growth targets.

In April, the company had partnered with a global payment platform Stripe, allowing its customers or small business owners to get paid faster, as cash flows are important metrics for small businesses.

The companyâs acquisition of Hubdoc had performed well in the first year, and the management is looking to leverage Hubdocâs machine learning capabilities to enhance its core product set.

CLICK HERE FOR YOUR FREE REPORT!
Tags:
ASX: APX ASX: WTC ASX: APT ASX: ALU ASX: XRO Altium Ltd Appen Ltd Afterpay Touch Group Limited Xero Limited software stocks Australian technology stocks WAAAX stocks WiseTech Global Ltd Afterpay Touch Group Ltd
All pictures are copyright to their respective owner(s).Kalkinemedia.com does not claim ownership of any of the pictures displayed on this website unless stated otherwise. Some of the images used on this website are taken from the web and are believed to be in public domain. We have used reasonable efforts to accredit the source (public domain/CC0 status) to where it was found and indicated it below the image. 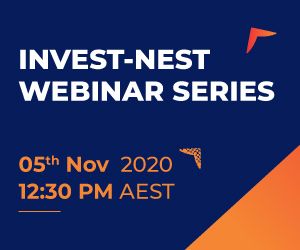