Australia is the second largest gold producer in the globe, and the country produced 315 tonnes of gold in 2018, which accounted for 9 per cent of the world mine gold supplied in 2018. Gold is substantially used in Jewelleries with 51 per cent share, while gold coins and bar account for 25 per cent of global gold usage. 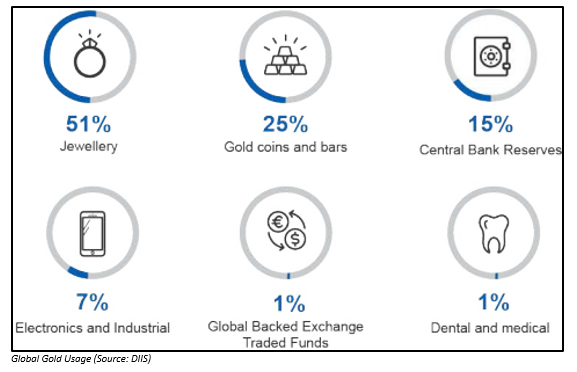 The gold prices rallied over the geopolitical tensions in the global market, and the Australian Department of Industry, Innovation and Science (or DIIS) predicts that the gold prices are likely to rally to US$1,440 per ounce in 2021.

The higher estimated prices for gold could boost the Australian export figures as the DIIS estimates the gold export volume would reach 370 tonnes in 2020-21, up by 12 per cent from the previous corresponding period.

The DIIS forecasted that the value of exported gold from Australia would reach the level of $22 billion in 2020-21 over expected rise in gold prices, production and export volumes.

The overall global demand for gold surged by 7.0 per cent on a yearly basis in March 2019 quarter and stood at 1,053 tonnes amid high buying from the central banks to hedge against previously rising dollar prices.

In March 2019 quarter, the official buying stood at 145 tonnes, which in turn, underpinned an increase of 68 per cent on a yearly basis. The recent March quarter buying also denoted the highest volume of March quarter net purchase since the year 2013.

The Australian Department of Industry, Innovation and Science forecasts the gold demand to grow with an average annual rate of 3.1 per cent on a yearly basis in 2019 and 2020. The DIIS further predicts that the global demand would peak to 4,728 tonnes in 2020; however, the demand is projected to decline, post the 2020 peak by 4.9 per cent to stand at 4,497 tonnes.

Post the 2020 peak, which is estimated to be at 711 tonnes in 2020; the central banks buying would likely to decrease by 10 per cent to 640 tonnes in 2021 amid expected improvement in global tensions. 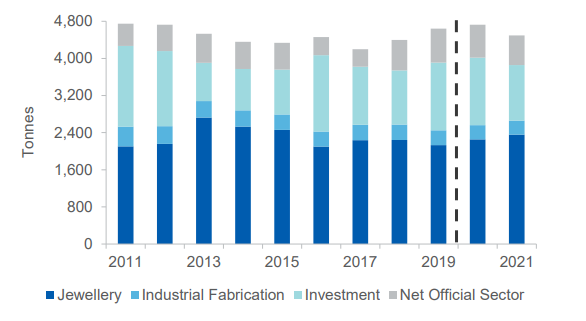 Australia being the second largest producer, contributed substantially in the global production, and Australia’s gold output rose by 6.2 per cent on a yearly basis during the March 2019 quarter.

The Australian Department of Industry, Innovation and Science forecasts that the global supply would witness an average annual decline of 1.6 per cent between 2019 and 2021, which in turn, would take the overall global production to 4,437 tonnes in 2021.

The global mine production is likely to mark a decline from the level of 3,399 tonnes in 2019 to 3,202 tonnes in 2021, as the long established project would reach the end of life. 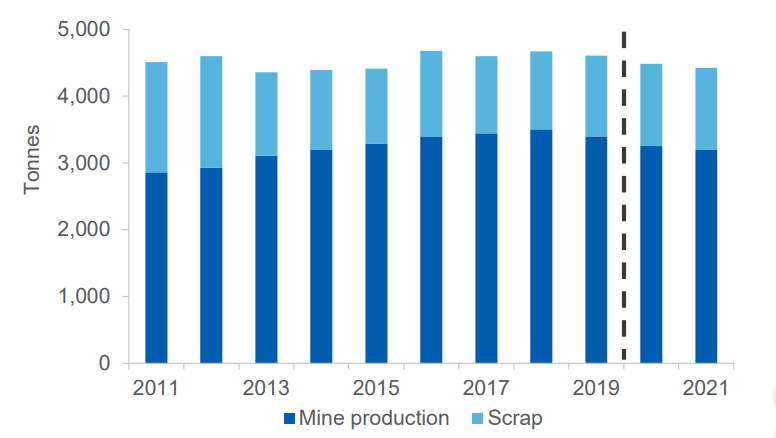 The exploration expenditure in Australia increased by 17 per cent on a yearly basis in March 2019 quarter and stood at $220 million; the higher gold prices prompt the Australian miners to inch up the exploration activity to take advantage of high commodity prices.

The overall production in the country witnessed an increase of 6.2 per cent on a yearly basis in March 2019 quarter and stood at 77 tonnes. The DIIS forecasts Australian production to peak at 339 tonnes in 2019-20. However, the output is anticipated to fall to 332 tonnes in 2020-21. 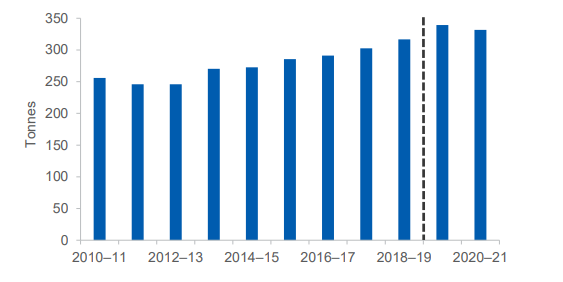 The following would present the summary of the overall global and Australian production, price, and volumes.

EVN is an ASX-listed gold explorer and producer, which holds significant projects such as Mt Carlton, Mt Rawdon, Edna May, Cowal, etc. The company maintains and operates seven gold mines in Western Australian, the region, which accounted for a substantial portion in Australian gold production and exploration expenditure in 2018.

Post assuming the forex exchange rate of US$0.7156 per AUD for the 12 months to 30th June 2019, EVN estimates that FY20 cost would be the lowest of global gold producers. The company estimates the cost to be in the range of US$635-US$670 per ounce.

DCN, the Australia based mineral explorer presented its FY 2020 guidance on 10th July 2019.

In the update, DCN mentioned that the updated Life-of-mine (LOM) delivers the company an average annual production 170,000 ounces of gold over the first five years with an estimated AISC of A$1,340-A$1,440 per ounce.

The 8-year LOM plan for Mt Morgans Gold Operation is as:

RMS is engaged in the gold exploration, mine development, production and sales along with its subsidiaries.

At the end of the June 2019 quarter, the cash and gold on hand stood at A$106.8 million, which was slightly up as compared to the previous quarter cash and gold of A$104.7 million. However, the A$106.8 million figures include the recent expenditure on the exploration of A$4.9 million and A$23.3 million in asset acquisition and project development.

CY5 or formerly Craton Gold Pty Ltd is an ASX-listed gold explorer in Australia. The company focuses on the exploration of high-grade gold deposits in Western Australia.

In an announcement made public by the company on 10th July 2019, CY5 mentioned that the company recommenced drilling at Lake Grace JV, with Gold Road Resources Limited (ASX:  GOR).

As per the company, a program of up to 77 aircore holes, which would account for ~ 3000m is underway for the Hammerhead prospect. The company intersected arsenic anomalism at the target GC01, and the drilling results for the target are as:

The Hammerhead prospect of the company is a high priority target and CY5 mentions that a follow up aircore drilling program of 77 holes is now spaced to 400-800m lines, which extends to the north and south of the original GC01 drilling. 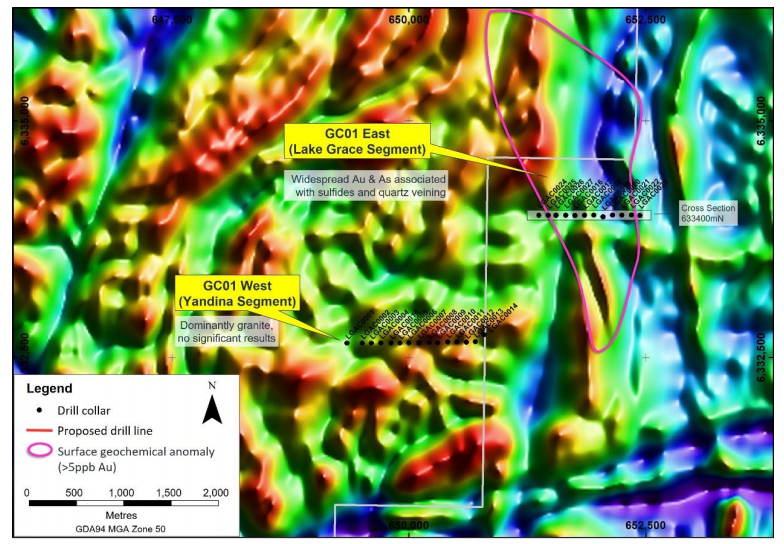 While few miners are focusing on exploration to encash the high estimated demand and the price upside,  some gold miners on the Australian Securities Exchange have reacted quickly over bull run in gold on 10th July.

SAR’s shares followed the same trajectory and marked its footsteps towards the upside. The stock started the day’s session at A$3.750, up by over 3.50 per cent from its previous close of A$3.620. The shares of the company remained the star of the recent gold rush and marked the highest positive percentage change in the opening price.