A diversified portfolio consists of a variety of stocks with different risk levels and yields, sought at lowering the assumed risk and leveraging a significant percentage of the variability of the portfolio performance. Diversification is aimed at reducing risks to investors by allocating their resources into different stocks. Diversification enables investors to expand into global markets or into diverse sectors. Therefore, it relates to the famous saying “Do not put all your eggs in one basket.”

Let us discuss five stocks operating in different sectors. All these stocks have registered profit during recently reported financial results, with anticipated positive growth prospects in the near future.

Nick Scali Limited (ASX: NCK) is among the largest importers of quality furniture in Australia. The company is engaged in the sourcing and retailing of household furniture and their related accessories. NCK got listed on the Australian Stock Exchange in 2004 under the consumer discretionary sector. Some of the products offered by the company include lounges, dining tables, dining chairs, cabinets and coffee tables. 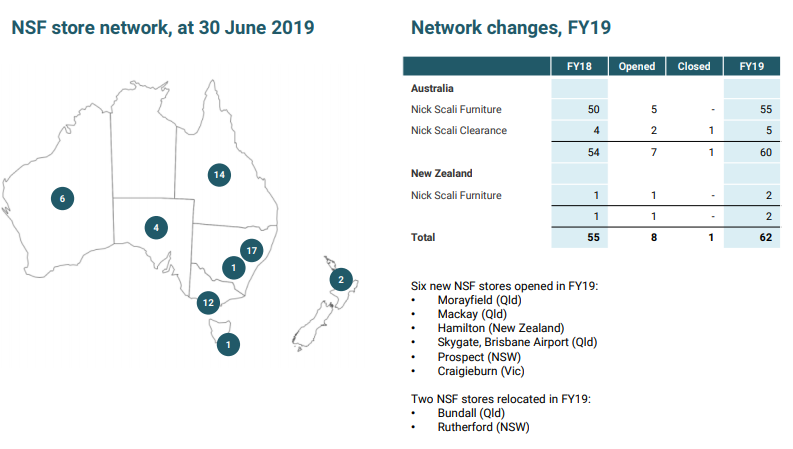 The company declared a final dividend of 20 cps (fully franked) for FY2019 compared with 24 cps in FY2018. Total dividend for the year stood at 45 cps with full year pay-out ratio of 86.5 per cent.

Ingenia Communities Group (ASX: INA) is an owner and manager of a diversified property portfolio including holiday communities, rental living or seniors and lifestyle communities.

For FY2019, the company reported 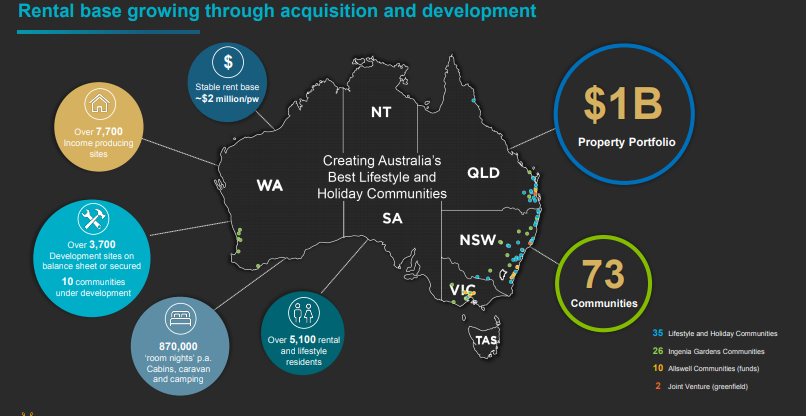 The company has also announced a dividend of $0.058 on fully paid ordinary/ units stapled securities, payable on 26 September 2019.

Independence Group NL (ASX: IGO), headquartered in Australia, is an ASX listed exploration and mining company that owns a 100 per cent stake in NOVA (nickel – cobalt – copper) operation and a 30 per cent interest in Tropicana Operation.

Meanwhile, on 2 September 2019, the company issued 278,059 ordinary fully paid shares due to 50% vesting of 2017 and 2018 Series Service Rights pursuant to Employee Incentive Plan that was given a go ahead at the annual general meeting in November 2016.

IGO has declared a final dividend of 8 cps (97 per cent franked). The total dividend pay-out by the company for FY2019 stands at $59 million, which is equivalent to 10 cps.

Medical Developments International Limited (ASX: MVP) is a specialised healthcare company in Australia, which provides products related to asthma, pain management and resuscitation. The company is providing healthcare solutions since 1971.

On 5 September 2019, MVP released the Roadshow Presentation. A few highlights of the company’s key achievements during FY2019 are as below.

Below is a snapshot of the company’s financial performance during the year.

Altium Limited (ASX: ALU), listed on ASX in 1999, is an IT sector player that sells and develops PCB design software and high-powered tools for PCB designers.

On 6 September 2019, the company announced that Wendy Stops, an ALU director, transferred few ALU stocks to a new personal holding from one personal holding. There has been no change in the total beneficial shareholding of Wendy stops. The total ordinary shares held by Wendy Stops stands at 45,000.