Are These Businesses Benefiting From A Good Return On Equity Ratio? – CSL, MFG, AMC, LOV, SYD

Now let us have a look at few stocks with good return on equity.

CSL Limited (ASX: CSL) is engaged in research, development and distribution of biopharmaceutical and allied products. The company recently notified that it will release its full year result on 14 August 2019. In another recent announcement, the company updated on the appointment of new Executive Vice President and General Manager for its Seqirus business. Anjana Narain was appointed to the role, to replace Gordon Naylor, the retiring Executive VP and GM.

Own Distributor Model in China: Pursuant to the plan to transition to its own Good Supply Practice License in China in FY20, the company provided an estimate of the one-off financial effects of the same. The transition will result in lower reported albumin sales in the range of $340 million - $370 million. Cashflows of the company will see a positive impact with collections of outstanding receivables from distributors. Following the transition, FY21 sales of albumin in China are anticipated to return to a more normalised level. 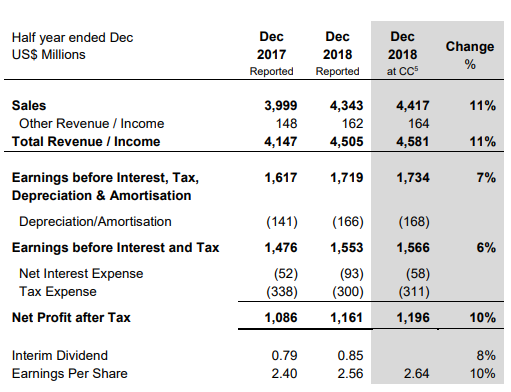 FY19 Guidance: The company has provided FY19 NPAT guidance in the range of $1,880 million - $1,950 million. NPAT for the year is now expected to be around the upper end of the said guidance.

Magellan Financial Group Limited (ASX: MFG) is engaged in funds management for offering international investment funds to high net worth and retails investors in Australia and New Zealand. The company recently updated that Hamish Douglass, one of its directors, acquired ordinary shares in the company along with units in Magellanâs funds & trusts.

Amcor Plc (ASX: AMC) engaged in development and production of packaging for a variety of food, beverage, pharmaceutical and personal care products. The company recently updated the exchange on the issue of CHESS Depository Interests (CDIs) for the purpose of transmutations between CDIs quoted on ASX and shares quoted on NYSE. 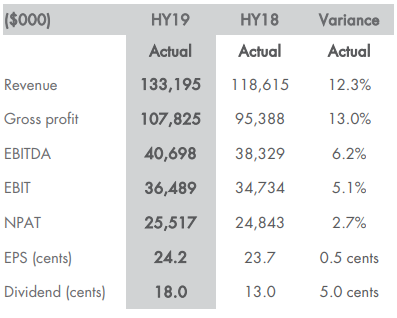 Sales by Region: Sales during the period increased from continued global rollout. Growth was driven by new regions with USA reporting the highest variance of 836.4% - at $1.41 million. Sales in Europe reported an increase of 110.7% at $17.09 million in 1HFY19 compared to $8.11 million in 1HFY18. Sales to Africa amounted to $17.68 million, up 10.5% in comparison to corresponding prior year periodsales of around $16.0 million. Asia reported a year-over-year growth of 5.6% in sales at $18.23 million. Sales in Australia increased the lowest by 1.9% compared to corresponding period of prior year.

Outlook: The company continues to focus on expanding its store network and expect the number of stores in FY19 second half to be higher than those in FY18 second half.

Sydney Airport (ASX: SYD). The company recently notified that it will release the results for half year ended 30 June 2019, on 15 August 2019.

The company released an announcement regarding the traffic performance for the month of June 2019.

The top five fastest growing passenger nationalities over the month of July were India, Vietnam, Japan, USA and Taiwan. These nationalities recorded double digit growth in comparison to June 2018. Domestic passenger traffic witnessed a decline due to capacity reductions along with the impact of subdued load factors. During the 12 months period to June 2019, the company had total passenger traffic of 44,350,000, up 0.8% in comparison to passenger traffic of 44,009,000 in corresponding period of prior year. The company witnessed strong passenger, revenue and EBITDA growth in 2018. In FY18, the company had a remarkable ROE of 103.3%.