GRS Division Facing Challenging Environment: McMillan Shakespeare Limited (ASX: MMS) is engages in the provision of vehicle leasing administration, salary packaging, retail financial services and fleet management. The Company recently announced updates during its June quarter-to-date, where it highlighted that its GRS division has faced challenging conditions in the retail car market, with lower than expected volume and revenue growth. Its end of the contract income was delayed as its Australian asset management business (AMB) witnessed an increase in its contract extensions. In the half-year period, the Company’s UK asset management and broking businesses were impacted by soft market conditions and increased competition, which has reduced margins.

The Company expects to report an underlying net profit after tax in the range of $87-$89 Mn as compared to current broker consensus of around $92 Mn.

The company’s UK asset management business has entered into short-term contracts which will allow the return of vehicles without the customary contract break fee, with a customer that has subsequently been placed into administration and many vehicles are being returned prematurely. Due to this, the Company expects to take a provision of approximately $3.7 Mn after-tax in FY19 financial result. The Board of Directors have decided to write-off the remaining goodwill of $18.2 Mn related to the business in FY19 financial results, due to the inherent uncertainty associated with the regulatory environment. Additionally, the Company has commenced a process to undertake an off-market share buyback during the second half of this calendar year, of up to $100 Mn. 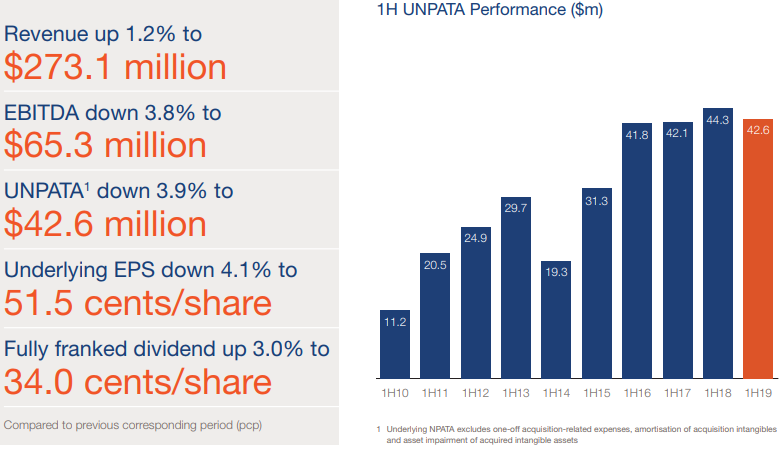 On June 11, 2019, VOC had received an unsolicited proposal for the acquisition of all its shares from AGL Energy Limited (ASX: AGL) at a price of $4.85 per share in cash. The Company advised to the market participants that there was uncertainty regarding the Unsolicited proposal which would result in the binding offer for Vocus. In order to enable AGL Energy to potentially put forward a formal binding proposal, the Board of Directors of Vocus decided to grant exclusive due diligence to AGL Energy.

Mr. Kevin Russell, Chief Executive Officer of Vocus, has stated that they have confidence on their strategy, and they believe that in their potential to execute their business plan, which will deliver significant value to their shareholders in the medium to long run. The demand for their strategically valuable network assets is growing, and therefore they believe-in to have a substantial opportunity to gain additional market share. The Company has kept its FY19 guidance unchanged as mentioned on February 29, 2019, where the underlying EBITDA was anticipated to be in between the range of $350-$370 Mn. 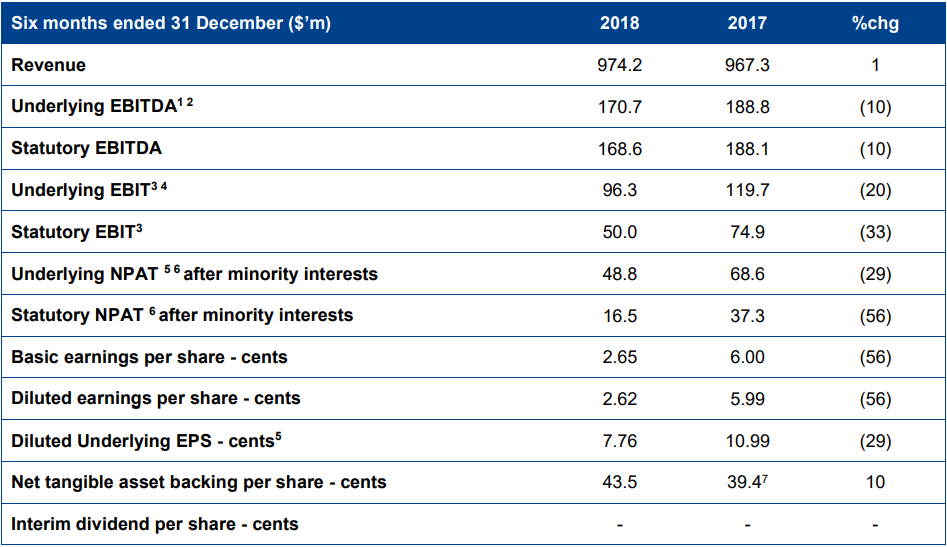 Multinational technology driven payment company: Afterpay Touch Group Limited (ASX: APT), recently made an announcement to the Australian Stock Exchange, that it has provided a notice under section 708A(5)(e) of the Corporations Act 2001. At the date of this notice, APT has complied with the provisions of Chapter 2M and section 674 of the Corporations Act. The Company announced on June 12, 2019, that it had undertaken a fully underwritten $317.2 Mn institutional placement. The Institutional Placement was settled on June 14, 2019, following which APT had issued 13,793,104 new fully paid ordinary shares in the market without disclosure under Part 6D.2 of the Corporations Act.