Ora Banda Mining Limited (ASX: OBM) is a metals and mining sector company based in Perth, Australia. OBM is currently pursuing its objectives on resource drill out, detailed mine planning and regional high-impact exploration programs to unlock significant value from its large prospective tenure covering 200 km strike on the greenstone belt in the Eastern Goldfields region of Western Australia, known as a Tier 1 gold mining jurisdiction, globally. Although the strategic tenement consolidation occurred in 2007, no coherent exploration works were undertaken since then.

The company started afresh on 28 June 2019 as its securities were restored to official quotation on the Australian Securities Exchange (ASX) post successful completion of the thirty-million-dollar recapitalisation process.

On 19 August 2019, Ora Banda Mining announced to the market that it had further received firm commitments from both existing shareholders and new sophisticated and professional investors for the Placement to raise around $ 18.5 million via the issue of 100,000,000 new shares at an issue price of 18.5 cents per fully paid ordinary share. The Lead Manager to the Placement was Hartleys Limited.

The company is thrilled to have received exceptionally strong support, with new institutional shareholders on board, and one of the existing major shareholders, Hawke’s Point Holdings I Limited also subscribed for around 42.4 million new shares. Hawke’s Point has maintained its level of holding in Ora Banda Mining, with its participation subject to shareholder approval pursuant to ASX Listing Rule 10.11. Subsequently, Hawke’s Point would settle in a second tranche following the associated meeting of shareholders.

Besides, the allotment of the remaining new shares under placement would be within the company’s 15% issuance capacity under ASX Listing Rule 7.1. The overall settlement of shares is scheduled for 23 August 2019 (Friday) and would be accompanied by the issuance of a Cleansing Prospectus.

The funds raised from the placement have been indicated to be directed towards undertaking work programs set out in the company’s re-capitalisation prospectus dated 30 April 2019, in the most efficient manner possible. These include- 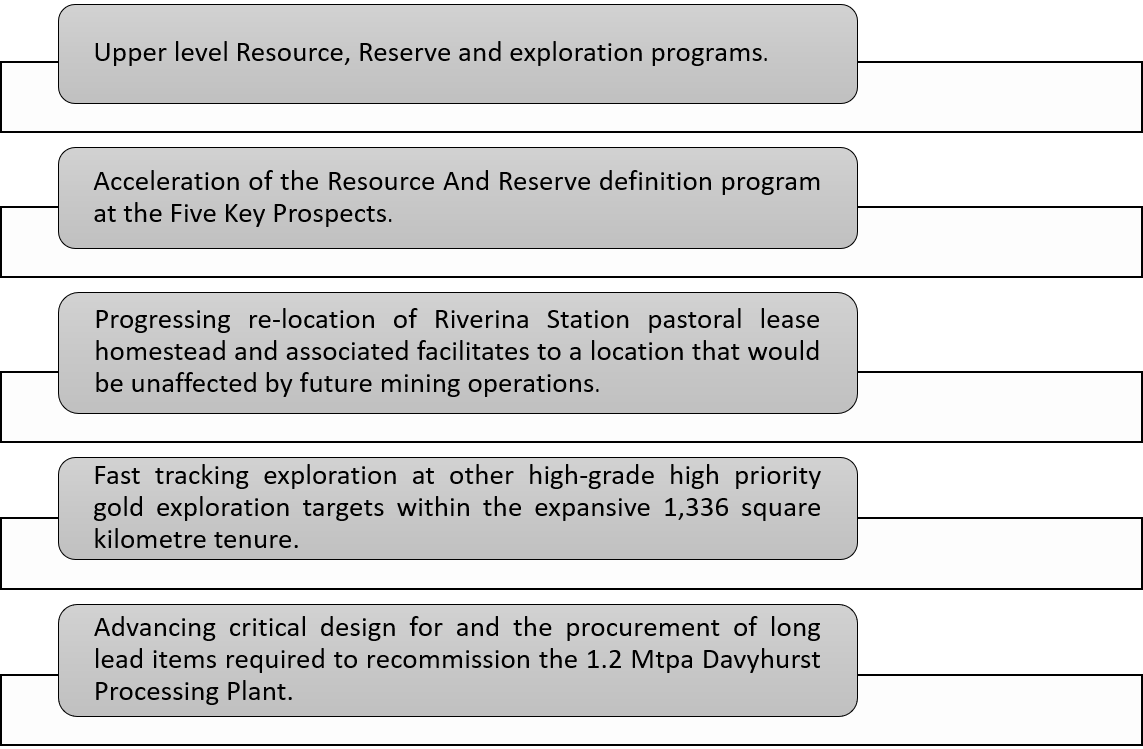 Very recently on 2 August 2019, Ora Banda Mining disclosed a detailed review of the Davyhurst Gold Processing Plant and the related infrastructure conducted by GR Engineering Services Ltd, which has estimated that the EPCM (+/- 15%) capital cost required for remedial work program at the plant is around AUD 8.5 million (including AUD 0.84 million of contingency cost).

The latest capital raising is expected to materially improve the positioning of Ora Banda Mining, with cash at hand of around fourteen million dollars as at 30 June 2019 and a time when the gold price (+AUD 2,000 per oz) is trading currently at near record highs. 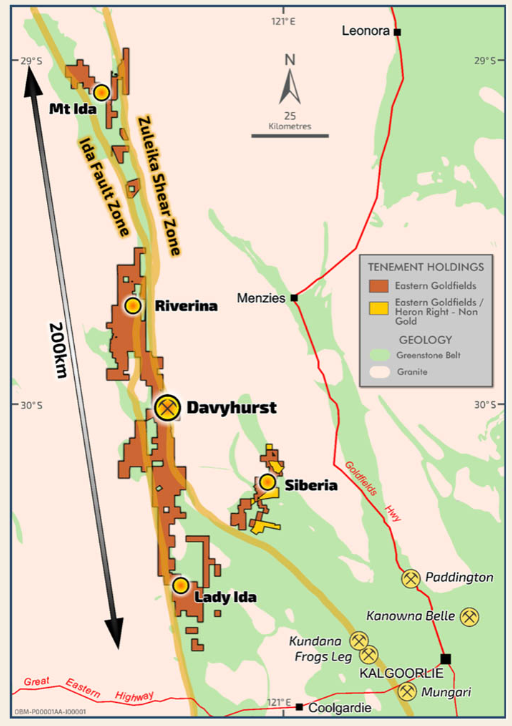 More on these projects can be READ here.

Of all the prospective deposits, around 23 individual deposits are in resources and two deposits, Missouri and Sand King, have a combined reserve measure of 2.0 Mt @ 2.3 g/t for 150 koz within the Siberia Project area. To start with, the company is initially focussed on five key advanced deposits tabulated below-

More on these five advanced prospects can be READ here.

After the relisting on ASX, Ora Banda had commenced a resource definition infill drilling program at Riverina, as announced on 8 July 2019, and till that date, ~ 600 metre of RC drilling was completed with the first samples forwarded to be assayed. Also, under the overall regional exploration program, a five-hole RC drill program for 580 metres at the Mt Ida prospect and a two-hole RC drill program for 200 metres at the Queen of Hearts prospect was also executed within the first full week after re-listing. The samples for the two drills have also been logged and submitted to the laboratories for assay.

The company informed that of the 48,000 holes in the database, fewer than 600 were drilled deeper than 200 metres. There were around 2,568 diamond core samples from eight previously drilled holes in the high-grade Waihi area and a further 2,684 diamond core, RC and auger samples from exploration programs undertaken previously. All of these samples were left un-assayed due to funding constraints at that time and have now been forwarded to multiple laboratories for analysis.

Recently on 29 July 2019, Ora Banda Mining informed to have received the first assay results of the samples from the previous drilling programs at the broader Davyhurst Gold Project area. The results demonstrate extensive gold mineralisation, especially for the Waihi intersections, and underpin the large exploration potential of the broader project area. The first assays are briefed below-

With known high-grade well-defined resources, the first assays have provided an encouraging push to Ora Banda Mining to expedite its systematic exploration program including infill and extensional drilling of high priority resources together with a regional exploration program testing a number of advanced prospects. According to Ora Banda Managing Director, David Quinlivan, the company is well capitalised to deliver a Definitive Feasibility Study (DFS) by early 2020 and thereafter move into production.