As per the terms set out by the LOI, Santos will purchase a 14.32% equity interest in the PRL 3 Joint Venture, which hosts the Pânyang gas field, from the existing participants. Oil Search will sell 1.65% interest (pre-state back-in) for a consideration of US$21.6 million under the terms of the letter of intent.

The signing of the letter of intent signifies an important step in creating alignment between the Papua New Guinea LNG project also known as PNG LNG project and the PRL 3 (Petroleum Retention License 3) JV, prior to the FEED entry for the planned three train expansion at the PNG LNG plant site. As per the company, out of three planned trains, two new trains will be underpinned by gas from the ELK-Antelope fields, and one will be underpinned by gas from the PNG LNG Project and the Pânyang field.

Oil Search mentioned that the negotiation of the letter of intent took into consideration both the value of the Pânyang field and the access arrangements by Pânyang to PNG LNG Project infrastructure.

In a separate announcement made public by Santos on 16 May 2019, it mentioned that the signing of the LOI signifies a milestone as it expands the PNG LNG plant. As per the STO, the PRL 3 participants proposed to undertake the development of the Pânyang gas field in conjunction with the participants of the PNG LNG Project to take advantage of existing infrastructure.

Under the binding letter of intent, the Santos will pay US$187 million in total for the acquisition of 14.3% interest in PRL 3 for the existing participants, and Santos will pay approx. US$120 million upon execution of a fully termed agreement, which is expected around the end of June 2019.

Santos will pay the remaining amount in contingent instalments, which will be subjective to an award of a production development licence to replace the existing Petroleum Retention Licence- PRL 3.

The rest of the payment will also be subjective over the final investment decision for the constitution of above-mentioned additional LNG train at the PNG LNG plant site. 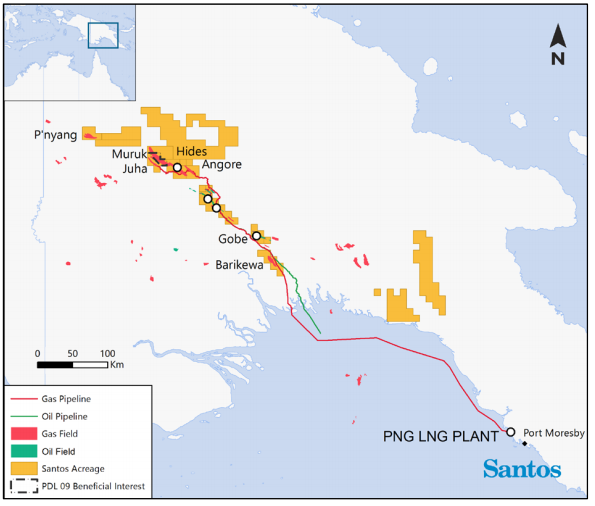 The company posted record-high production and sales volume in the first quarter of FY2019.