Alkane Resources Limited (ASX: ALK) is engaged in the business of mining, production and exploration of gold and other minerals. In the release dated 17th May 2019, ALK mentioned about the confirmation of the significant gold mineralisation, which is located at the southern part of El Paso prospect with additional RC and diamond core drilling over a strike length of 480 metres.

ALK highlighted the significant broad high-grade results reported for the Roswell and San Antonio prospects, which are located at 3 to 4 km south of the Tomingley Gold Operations. Part of the recent program assay results were received from 10 RC drill holes completed at El Paso prospect, which is ~7km from TGO.

El Paso prospect has been predominantly tested by nominal 200 metre spaced air core drilling traverses and four diamond core drill holes with mineralisation. The mineralised bedrock has been covered to the south by 25 metres thick cover. 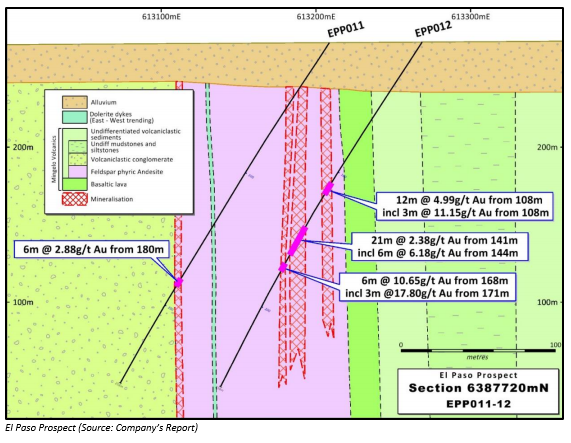 The funds by capital raise, along with CAI’s current cash position, provided enough funding for the company to complete the pre-feasibility study. Additionally, the proceeds also allowed drilling of regional targets and resource infill and extensional areas.