Corazon Mining Limited (ASX:CZN) is a Perth based mining explorer that holds two key projects under its portfolio. With the burgeoning sales of the electric vehicles, the demand for Nickel, Lithium, Cobalt are scheduled to increase vastly.

With this promising backdrop, the Company aims to develop Nickel and Cobalt mining projects as the demand for rechargeable batteries grow further. 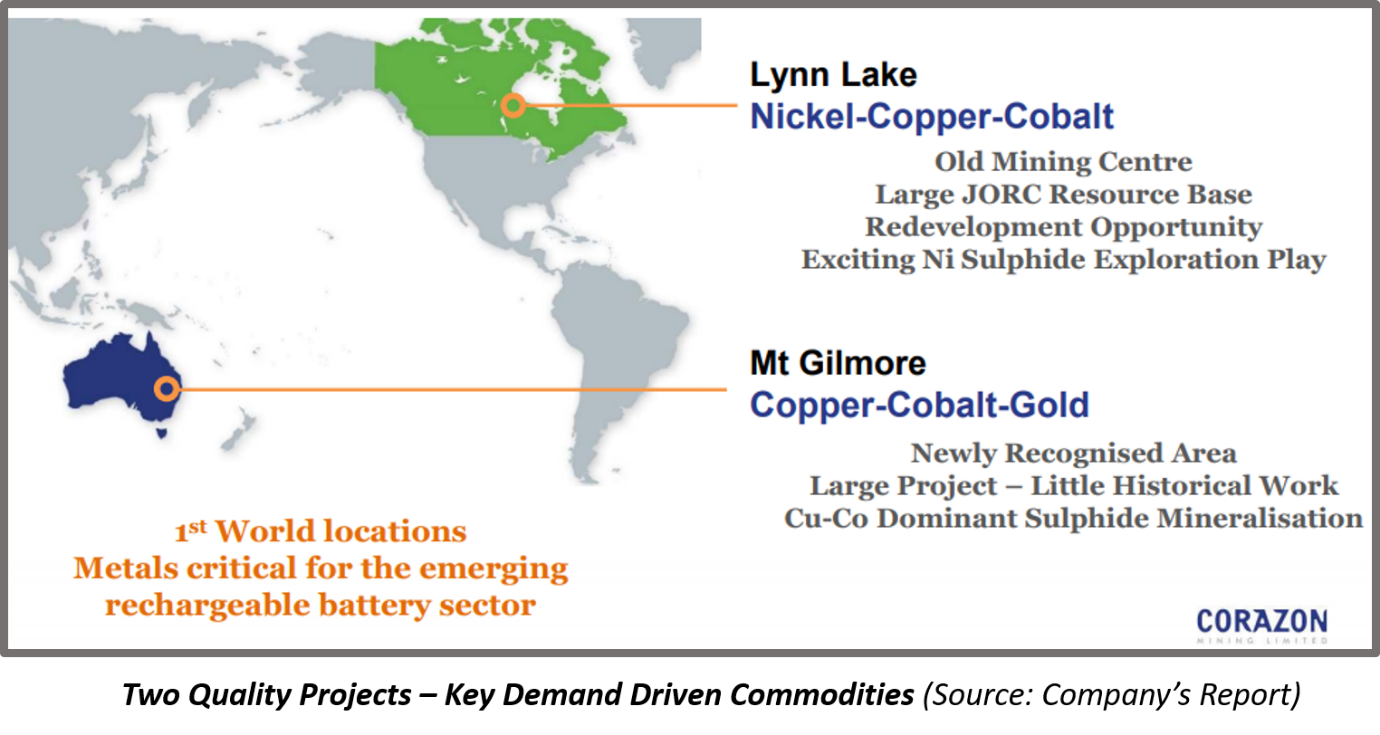 The underlying price of nickel is driven by the increasing demand for electric vehicles and a likely supply deficit. During the year Nickel prices saw a steep rally hitting a high of $18,000 a tonne, highest level seen in the past 5 years!

With this recent renewed interest in nickel and its role as a key commodity in the burgeoning battery sector, the Company intends to give its key attention to its flagship nickel sulphide asset - Lynn Lake.

Corazon acquired the flagship project of Ni-Co-Cu Lynn lake from Manitoba Nickel P Ltd. The mining operations have been put on hold since commodity 1976 and are currently being explored to accelerate it towards commissioning.

The Lynn Lake mining project is in Manitoba, Canada. The brownfield project provides an opportunity to emerge as a major producer of Nickel commodity in the times to come. Nickel, a strategic mineral would enjoy its acme, with the boost in the electric vehicle. The recent recovery in the Lithium prices has re-focussed Corazon on the Lynn Lake project.

Manitoba, which is one of the most developed mining centres of Canada, hosts excellent infrastructure for its mines. The Lynn Lake Nickel-Copper-Cobalt sulphide deposits operated in the years between 1954 - 1976, processing more than 20 million tonnes of ores. Substantial mineral resource still remains, with more and more adding up due to extensive drilling programs which found mineralisation beneath the historic mining pits. 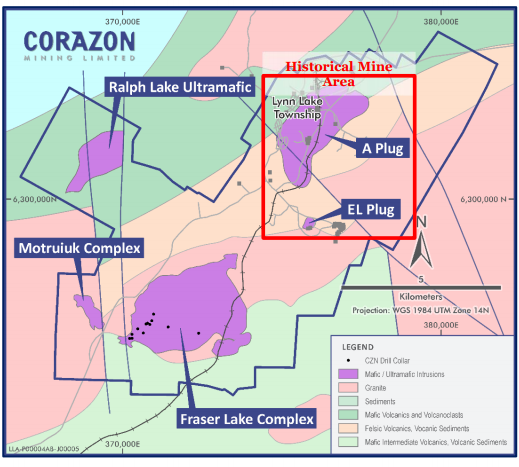 The historical mining was restricted to the A and El plug regions, Corazon is also conducting extensive drilling programs to tap the resource growth potential. The VMS origin high grade (1+%) Nickel sulphide mineralisation would increase the life of the mine and, also its capacity to produce for anode grade material for the same ore input.

The 1200 metres of drilling is scheduled to be completed by the end of December 2019. Final results after the assessment of the diamond drilling core samples would be published later, and current understanding is mostly dependent on the visual analysis of the drilling samples. All three drilling holes (5,6 & 7) lies in the previously mined area.

The metallurgical work has experienced a major breakthrough with the separate production of high-value and high-purity Nickel and Copper concentrates. The Nickel concentrate grades for Lynn Lake were reported between 8 and 15% with almost 22% Copper grades.

Lynn Lake is one of the few nickel projects with medium to high resources along with a Nickel grade of around 1%. The supply from the laterite projects is dependent on the demand for Nickel Pig Iron (NPI) and Stainless-steel sectors. 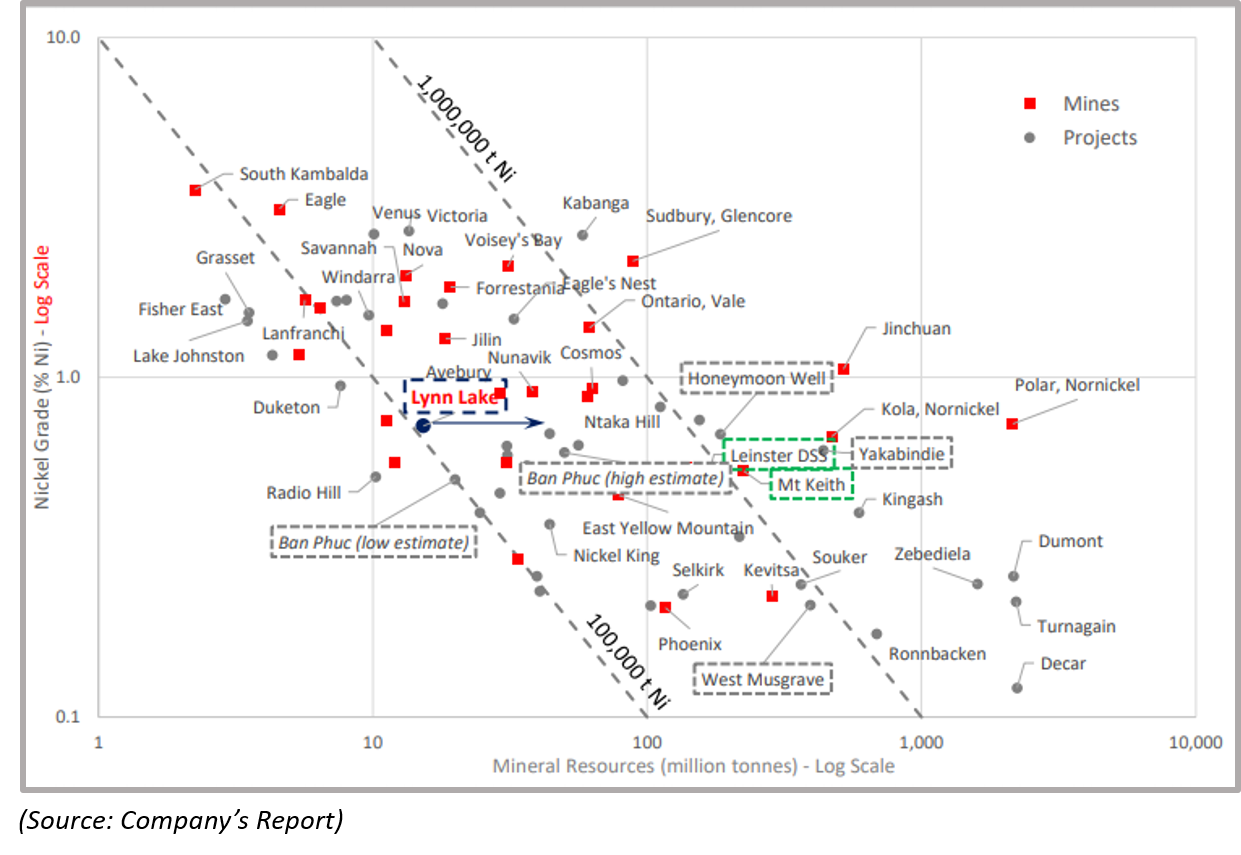 Limited supply growth has been recorded from Nickel massive Sulphide, but the electric vehicles boom would provide the right time and opportunity in the times to come. Corazon’s appointment of Terry Streeter, a well renowned Nickel Industry Expert, as Chairman reflects the Company’s urge to fast-track the Lynn Lake Nickel project.

With Cobalt supply being highly dependent on the political and social stability of DRC, which produces roughly 60% of the Cobalt, the mining companies have been exploring Cobalt in other parts of the world. Corazon now holds 80% in the in Mt Gilmore deposit, which hosts unique high-grade Cobalt dominant, Copper-Cobalt-Gold geology with sulphide dominating minerals. 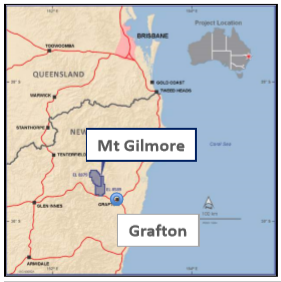 Mount Gilmore is a Cobalt primary project located in the New South Wales province of Australia. The project is located almost 35 kms from the nearest major city of Grafton. The project area consists of exploration license El8379, which covers an area of almost 375 square kilometres.

Corazon announced that it had secured a right of earning up to 80% equity in the Mount Gilmore Cobalt-Copper-Gold project from a private company Providence Gold and Minerals Pty Ltd. Corazon, in an update dated July 2 this year, reported having earned 80% stake in the project by completing $2 million of investment in the exploration of the project within three years of the start of the agreement. As for now, the Company is sole funding the exploration programs at Mount Gilmore.

The recently identified large Copper-Cobalt-silver anomalies in geophysical properties need to be studied for the presence of hidden sulphide bodies of Copper, Cobalt and Gold. Corazon conducted an induced polarisation geophysical survey over the 20 kms stretch through reconnaissance and a followed-up survey for results. An experienced contractor, Fender Geophysics, was pitched in to carry out the survey.

One of the targets of the IP survey, the Golden Brook Hill (GBH) experienced variability in anomalies over an area of the diameter of a kilometre. The team also registered the leakages in the polarisation in areas adjacent to or extending to the GBH target, supporting the RC drilling samples with grades up to 16.3% Cu, 1250 PPM Cobalt and 1.29 g/t Gold.

Corazon has already completed multiple phases of metallurgical tests from the drill samples. The phase 3 test work samples lead to the production of high-grade concentrates with high recovery using the flotation method, suitable to either sell the concentrate product or set up its own plant for further downstream processing. Pressure oxidation, followed by solvent extraction, led to separate Cobalt and Copper sulphates. Also, a distinct stream of gold was captured separately from the POX residue.

So far, POX is the most preferred processing method, due to the lower costs, process adaptability for variation in mineralisation and controlled waste product.

Corazon shares closed at $0.003 a share on 27 December 2019, with a market capitalisation of $6.12 million and 2.04 billion shares outstanding. The Company has a cash reserve of $1.2 million as of September this year which it can use for its projects.

Corazon believes that its continued focus on exploration at both Lynn Lake and Mt Gilmore is providing strong exploration opportunities and the potential to deliver significant value-appreciation for its shareholders.