The year 2019 has been a prosperous year so far for Blina Minerals NL (ASX: BDI) - the resource explorer based in Australia that observed several significant developments driven by its growth-driven strategy and robust project portfolio.

Among all the developments experienced by Blina in 2019, two ended up being turning points for the company. Let us take a closer look at these developments below:

Despite its huge potential, Madagascar has been underexplored due to various historical political and economic reasons.

Tapping this lucrative market opportunity, Blina entered into a Binding Option Agreement with Madacu Resources Pty Ltd in November 2018, under which the company was to commence exploration on the Maintirano Copper Project on a strategic landholding of 20 exploration licences, covering an area of 1,658km2 in western Madagascar. Maintirano Copper Project has over 30 known copper occurrences detected at the surface in an uninvestigated province.

During the last quarter of 2018, the company conducted a second Diamond Drilling campaign of exploration due diligence on the Maintirano Copper Project, reporting high-grade values with one sample registering 37.5 per cent copper and 33ppm silver, and a total of 8 samples registering in excess of 5 per cent copper. 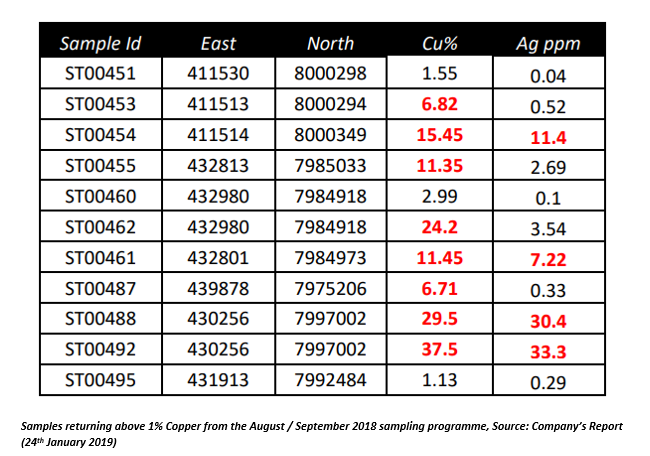 Afterwards, Blina extended the due diligence period until 22nd February 2019 with Madacu Resources Pty Ltd to enable completion of the outstanding due diligence to the companyâs satisfaction on the local holding firm. Moreover, the company proposed an aerial magnetic and radiometric survey as the next campaign of exploration.

Blina was convinced that the copper mineralisation is similar to the structural mineralisation style as the Keweenaw Copper Province (Michigan) where 11 billion pounds of refined copper from ores (grading 1.5% - 3.0% Cu) was produced over a period of 100 years.

Post conducting extensive technical and commercial due diligence at the project, the company exercised the option to acquire 100 per cent of the shares of Madacu Resources Pty Ltd on 22 February 2019.

The company is further planning to undertake detailed geological and geophysical surveys at the project area.

In September 2019, Blina notified about executing a heads of agreement to acquire a 50 per cent interest in Colour Minerals Pty Ltd, that owns the high-grade Barkly Gold-Copper project located in the Northern Territory.

The drilling program will comprise of ~ 1,320m of RC drilling across six drill holes to test the down dip / plunge extensions and extensions of the high-grade mineralisation at the Barkly Projectâs highest priority target, the Bluebird Prospect.

Bullion Drilling Co. has been appointed as the drilling contractor with rig and crew mobilisation expected to occur soon.

The Bluebird Prospect has returned significant intersections from previous drilling activities, that are summarised in the below table: 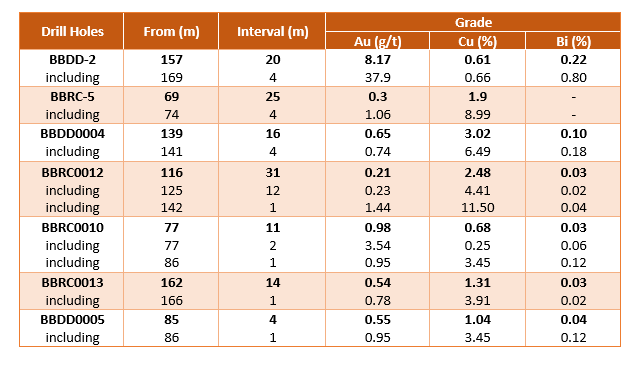 Going forward, the company will direct its exploration efforts and corporate strategy towards the advancement of the Barkly Project.