There has always been a buzz around the penny stocks or the low-market capitalisation shares floated on the exchange as they generally witness higher-than-usual swings as compared to the large-cap or mid-cap shares of the similar sector. Given the high price variations in a single day, penny stocks also possess certainly high risk as against their large-cap peers due to the relatively low watch of the capital market regulator and the exchange platform itself.

There are a bunch of good penny stocks that are listed on the London Stock Exchange and are categorised accordingly in the broader stock indices, including FTSE 350 and FTSE All-Share.

Both of these are considered as the benchmark stock indices for measuring the performance of a penny stock, however, the conclusive results can be widely skewed. This is largely due to the inclusion of FTSE 100 stocks or the 101 large-cap components in both the indices. It has been seen that FTSE 350 and FTSE All-Share move in a typically similar direction as FTSE 100 in progressing.

Today, we’re discussing two penny stocks belonging to the retail sector. Interestingly, these shares have grown more than 75 per cent in the span of the last six months. 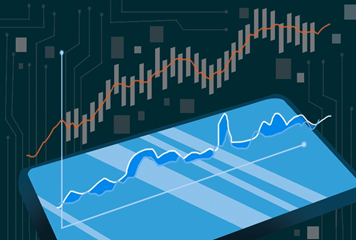 Shares of Card Factory, the Wakefield-headquartered greetings and gifts card retailer, have registered a gain of more than 75 per cent over the course of the previous six-month trading session. According to the historical data available with the London Stock Exchange, the stock of Card Factory has jumped 78.4 per cent to GBX 66.90 (8 March 2021) from a share price level of GBX 37.50 as on 9 September 2020.

A considerably large part of the gains has been realised in the last couple of weeks. Card Factory shares had recognised a massive spike of more than 111 per cent between 22 February and 2 March 2021. The company’s current a market capitalisation stands around £225 million. The shares are a part of FTSE All-Share with an ISIN: GB00BLY2F708 and SEDOL: BLY2F70.

Earlier last year, in December, Darcy Willson-Rymer was appointed by Card Factory as the Chief Executive Officer. Previously, Darcy had served as CEO at Costcutter Supermarkets for a period of eight years.

Shares of Pendragon, the Nottingham-headquartered motor retailer, have amassed a gain of more than 80 per cent in the period of around 180 days. The stock of Pendragon has spiralled as much as 80.37 per cent to GBX 16.72 from a market price of GBX 9.27 apiece. The stock posted a rise of more than 70 per cent in the one-and-half month period between 9 September and 23 October. The company’s current a market capitalisation stands around £234 million.

Since 23 October, Pendragon shares have largely oscillated in a range-bound manner, sliding to a six-month closing low of GBX 10.62, registering a gain of nearly 5 per cent. The company controls a stock market value of more than £230 million. The shares are an actively traded component of FTSE All-Share with an ISIN: GB00B1JQBT10 and SEDOL: B1JQBT1.

On 8 March itself, the company declared that it would announce the financial results for the twelve-month period of 2020 on 24 March 2021.