Centamin PLC (LON: CEY) is the LSE listed mining stock. CEY’s shares have generated a return of around negative 25.00% in the last 12 months. The Company is a constituent of the FTSE 250 index.

Centamin PLC (LON: CEY) is a Gold Mining Company, specializes in the exploration and development of minerals. It owns Sukari Gold Mine in Egypt with a current production capacity of 500,000 ounces per annum. 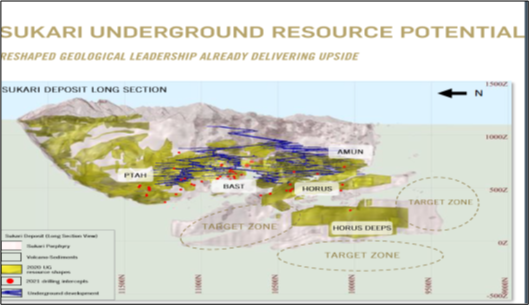 A brief about Gold ETF

Global gold ETFs had demonstrated a net outflow of 107.5 tonnes during March 2021. Moreover, it had shown substantial outflow for the four months out of the last five months. The net outflow during March 2021 remained among the top 10 worst outflows historically for the second month in a row. Overall, the global Asset under management (AuM) stood at around 3,574 tonnes, similar to the levels seen during June 2020. The gold ETF holdings had dropped by approximately 9% in tonnage terms from their peak levels witnessed during November 2020. 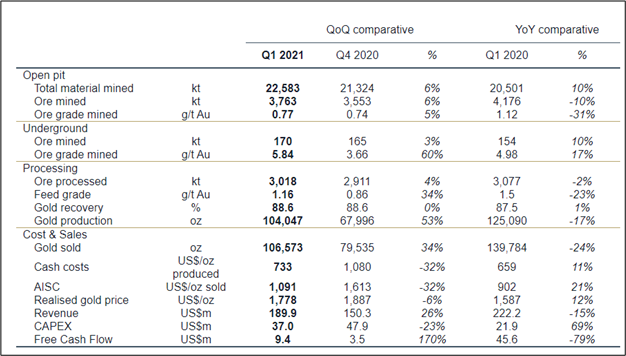 The Company’s Gold production from the Sukari Gold Mine had shown an increase of 53% during Q1 FY21 as compared to Q4 FY20, and it stood around 104,047 ounces. However, the Q1 FY21 production remained 17% lower when compared with Q1 FY20. The improved quarterly production illustrated a 34% increase in feed grade. Moreover, the gold sales had witnessed a QoQ increase of 34% to 106,573 ounces. Meanwhile, the average realized gold price went down by 6% during Q1 FY21 due to weaker spot gold price.

CEY had provided proper financial guidance for FY21. The Company had anticipated total gold production ranging from 400,000 ounces to 430,000 ounces for FY21. It had expected total production split equally into H1 FY21 and H2 FY21. Moreover, the cost was anticipated to be ranging from USD 800 per ounce to USD 900 per ounce, while the AISC was estimated in the range between USD 1,150 per ounce to USD 1,250 per ounce during FY21. The Company would expect to incur a capital expenditure of USD 225 million, and it would spend 55% of the total estimated capex during H2 FY21 due to Sukari solar project and paste-fill plant construction timelines. Overall, the Company had delivered robust production output during Q1 FY21. 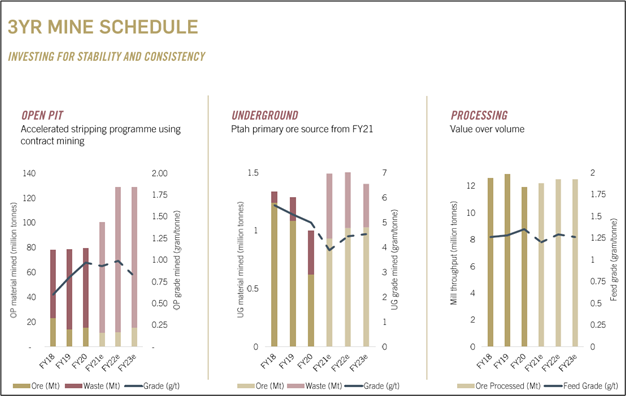