Michael Hill International Limited (NZX: MHJ, ASX:MHJ) is involved in the manufacturing, wholesale, and distribution of jewellery across NZ, Australia, Canada, and the US.

The Group released its AGM presentation on Wednesday.

The Group delivered strong results in FY21 with all metrics moving up due to a resilient team and various strategic initiatives taken by MHJ. 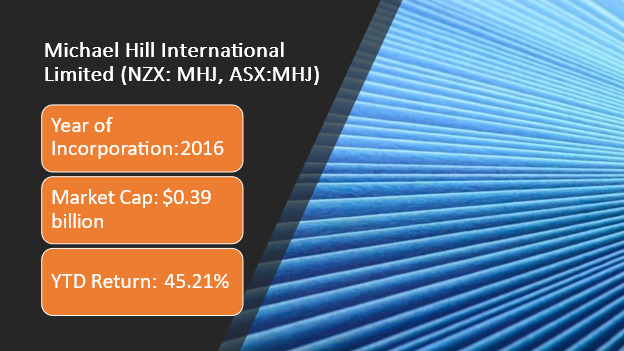 Michael Hill reported a significant increase in NPAT (+1382%) and EBIT (+414%) numbers in FY21 compared to FY20. This came despite the business seeing a combined impact of over 10,000 lost store trading days as a result of the Government-mandated lockdowns, and some permanent store closures.

DO READ: Which are 5 best NZX dividend stocks under NZ$5?

The Group declared a final dividend of AU$3cps, taking the total dividend to AU$4.5cps for FY21. The decision was taken after considering business performance, the strength of the balance sheet, while also recognising the risk of ongoing trading disturbances.

RELATED READ: Michael Hill (NZX:MHJ) How did it perform in the latest quarter?

Since reopening, the Group’s Canadian business has been doing pretty well, delivering remarkable sales and margin growth every week. The Group is awaiting a progressive reopening of stores in NSW, Victoria, and Auckland.

ALSO READ: Do 4 NZX penny stocks have potential to be multibaggers?

MHJ is well positioned with a strong balance sheet and has a high-performing leadership team to deliver on MHJ’s growth and transformation agenda.

The Group is targeting a broader customer base by transitioning its messaging from discount-led promotions to quality brand-led campaigns while also producing higher average transaction value and margin growth.