Being extremely cheap and low priced, penny stocks fascinate both new investors as well as small-time traders, who are tempted by the charm of investing in the stock market. Without burning a hole in their pockets, people trade these inexpensive penny stocks, which offer potential growth, thereby giving them a chance to double, triple, or even quadruple their investments.

Must Read: Are penny stocks good for beginners? A look at 10 related NZX stocks 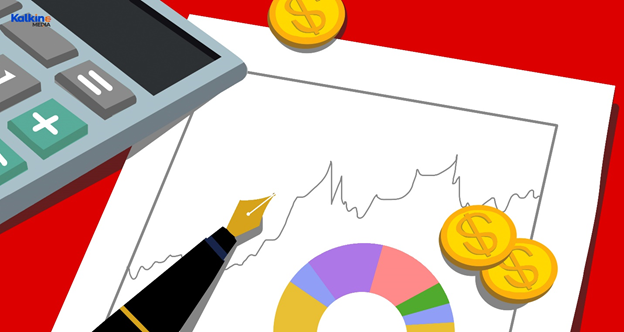 Now, let us look at the 10 NZX-listed penny stocks worth investing in the third quarter of 2021.

Manufacturer of advanced probiotics, Blis Technologies Limited had recently notified its stakeholders of partnering with Probi AB, a world leader in probiotic innovation.

The partnership would provide BLT with an exposure to the international probiotics industry as well as offer opportunities for future collaboration in R&D to build a product innovation pipeline and revenue growth.

Must Read: Which stock stories are garnering attention on NZX?

A resolution will be passed for the re-appointment of William Buck New Zealand as the Company’s auditor in ASM.

Shares of Promisia Healthcare remained unchanged at NZ$0.002, at the time of writing, on 15 July.

Read: Why Are Prices Of 6 NZX Stocks Fluctuating?

Cooks Global Foods Limited had recently revealed on receiving a waiver from NZ RegCo to publish its annual report by 2 August 2021, which previously was scheduled to be released on 30 June 2021.

The Company expects to publish its annual report on 23 July 2021.

Interesting Read: Movers & Shakers: How these 6 NZX stocks are performing

Operating in the healthcare space, TruScreen Group Limited has announced its Annual General Meeting of Shareholders on 7 September 2021. Further details of the meeting would be released in the coming weeks.

It is noted that the AGM would be held as an online event.

Also, an important agenda of the meeting would be the appointment and re-election of directors, and the last date for sending director nominations is 21 July 2021.

Can’t Miss Reading: Which are the top 10 NZX healthcare stocks?

Focusing on the hospitality sector, Good Spirits Hospitality Limited has disclosed the execution of an ATL (Agreement to Lease) of Viaduct Venue, located in Auckland’s central hospitality precinct.

Geoff Tuttle, the Company's CEO, expressed that the above-mentioned investment would provide GSH to position itself as a premier hospitality provider in the Viaduct.

On 15 July, at the time of writing, shares of Good Spirits Hospitality remained unchanged at NZ$0.074.

Must Read: Are penny stock investments worth the risk?

Geo Limited offers smart software solutions for last 10 years. The Company has announced that its Non-Executive Chairman, Roger Sharp, plans to seek retirement on or before GEO's AGM, which is going to be held in November this year.

The Company will soon initiate a recruitment process for the said position.

Known for developing enterprise software, PaySauce Limited witnessed a growth of 36% Y-O-Y in its total revenue for the June 2021 quarter, majorly aided by the acquisition of SmoothPay’s business assets.

Do Read: How are 6 interesting stocks performing on the NZX?

NZ’s major manufacturer of cannabinoids-derived medicines, Rua Bioscience Limited, will undertake a research programme teaming with UoW, one of the country’s leading universities, in order to study the use of hyperspectral technology to grow medicinal cannabis.

If the technology works as indicated in the pilot study, RUA will be well positioned to enter the country’s flourishing agritech sector.

Should Read: 5 Hot Penny Stocks Trading At Less Than 50 Cents On NZX

Providing insurance solutions to New Zealanders, Tower Limited had recently announced the resignation of its CFO, Jeff Wright, who served the Company for five years.

Wright will step down towards December end 2021. Meanwhile, TWR has begun a comprehensive search for a suitable replacement.

Do Read: Why to explore 10 hot NZX-listed dividend stocks in July 2021?

One of the leading providers of communication services across the Kiwiland is Vital Limited. Its Sales & Marketing chief Phil Henderson will resign in June 2021 to end his three-year tenure with the company.

Meanwhile, the Company CEO has taken charge of the sales team.

Must Read: Which are the top four telecom companies in New Zealand?