Investing in penny stocks tend to be lucrative for small traders and new entrants to stock markets, for these stocks are cheaply priced and do not burn a hole in pockets.

Moreover, these nano-stocks often evolve into high return stocks over a period of time, thus rewarding their investors.

That said, let us skim through the NZX penny stocks which ended the day’s session in green. 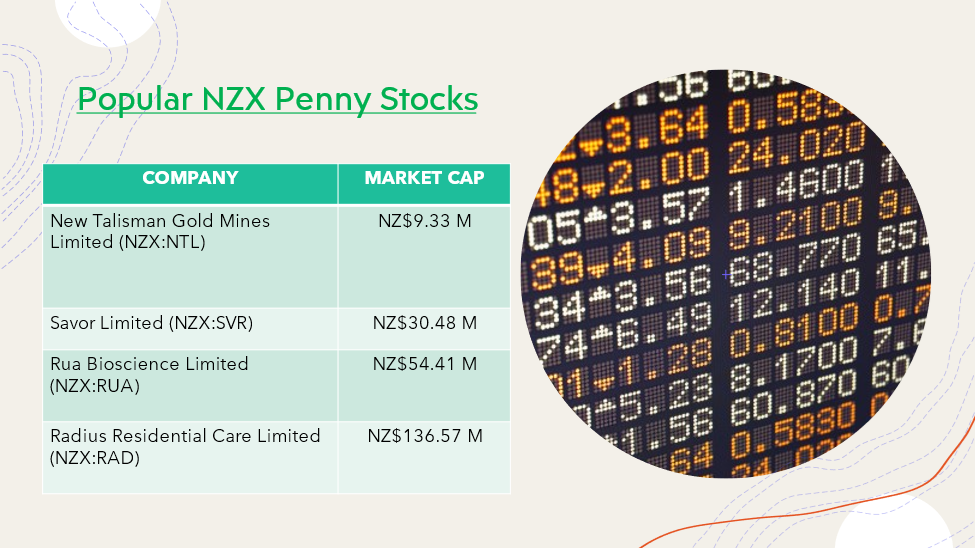 Meanwhile, Mr Calum McKenzie, who was on the Board on a temporary basis, has now resigned from the said position.

Interesting Read: Do 5 NZX penny stocks have the potential to turn into multibaggers?

Owing to the acquisition of three Hip Group venues, the group revenue jumped to NZ$17.2 million.

Also, its operating earnings for the said period were recorded at NZ$2.1 million.

Rua Bioscience Limited has been awarded Callaghan Innovation Funding of NZ$376,000 so as to support a project related to transformative research.

The said funding would strengthen RUA’s investment into the research project, which is crucial to the Company's quest to develop world-class medicinal cannabis products.

On 24 November, at the time of writing, Rua Bioscience was unchanged at NZ$0.395.

It would be followed by a briefing for investors and analysts to be hosted by the management.

On 24 November, at the time of writing, Radius Residential Care was flat at NZ$0.500.

Penny stocks are comparatively cheaper than their peers; one can easily invest in these without losing any significant portion of one’s finance.