On 19 August, Reserve Bank Governor Adrian Orr stated in prepared remarks for a meeting of the Finance and Expenditure Committee that New Zealand's home prices were above a level that was sustainable considering the housing supply and demand position.

The underlying demand for housing has dropped substantially due to low population growth since the COVID-19 outbreak. On the other hand, house building has reached significantly high levels and mortgage interest rates are increasing.

The Bank has projected a price decline for the first time since house prices soared in 2020. House price rise will decelerate and finally become negative, as per the bank’s predictions. 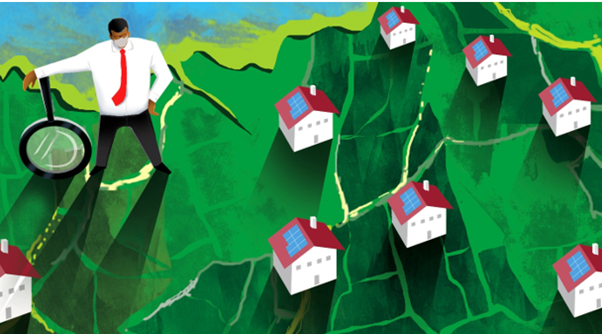 In its latest monetary policy meeting on 18 August, RBNZ kept the official cash rate on hold at 0.25%, abandoning market expectations of a rise in interest rate from 0.25% to 0.5%. However, the bank opted to hold the OCR in response to the news of the current national level 4 lockdown, maintaining lending costs low and supporting the economy.

Amid this backdrop, Let’s have a look at the performance of these 5 real estate shares.

CDI has also been assessing many acquisition prospects in various locations.

The entire amount of the bank facility has also been reduced by $35 million, from $490 million to $455 million. Argosy's total funding tenor is currently 4.1 years.

Asset Plus is an NZ commercial property investor.

In FY21, the company recorded a net profit of $15.95 million, up from a loss of $14.69 million in prior year. Due to decreased due diligence, expenses and the tax benefits of obtaining building depreciation, APL's adjusted funds from operations increased to $5.82 million from $4.74 million.

Property for Industry Limited is a specialist in industrial property. The Company refinanced its syndicated bank facility ($300 million) and also broadened the Company's facilities by $100 million more with BNZ in July.

RELATED READ: Which are the best real estate shares on NZX?

The Company will release its six-month results for the period ending 30 June 2021 on 20 August.

The final day of trading in KPG010 was disclosed as 6 August before the bonds were suspended.

Building consent statistics show that the overall number of dwellings will be rising at its highest rate by mid-2022 since the data started getting recorded in the early 1960s. Housing prices are likely to be pushed lower by continued robust house construction.