Infratil conducted its annual meeting for 2021 on 19 August this year.

In FY21, Infratil’s investment activity was particularly focused on constructing scalable platforms that have defensive attributes and demand growth for the long term. 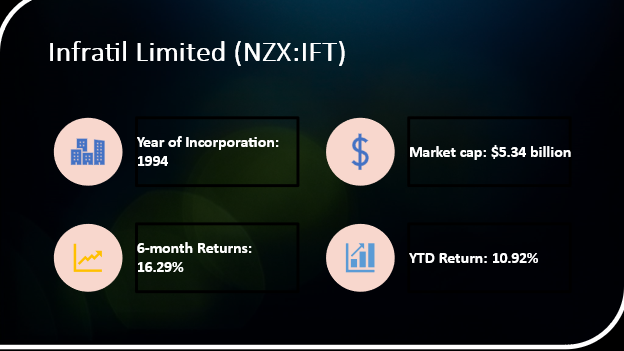 IFT recently pledged US$233 million to create a renewable energy platform, Gurin Energy, in Singapore. The platform will handle a portfolio of established as well as greenfield renewable energy projects across the Asia region.

This comes after the sale of its multi-billion-dollar Australian investment arm, Tilt Renewables.

Infratil finalised the sale of its 65.15% interest in Tilt Renewables on 3 August and earned $1958.3 million after transaction costs.

DO READ: Infratil (NZX:IFT): What are its guidance and outlook for FY22?

Infratil expects its EBITDAF between $505 and $550 million in FY22 based on Infratil management’s present anticipations and assumptions on the trading performance.

The Group is uniquely placed to redeploy capital with a strong channel of opportunities within existing platforms.