New Zealand has a diverse real estate market. Be it personal or commercial, the gyre of property as well as the scope for leasing and renting is endless. There is a need for a thorough market research and analysis before investing. Have a look at some of the most prominent real estate stocks in the country before you choose to invest. 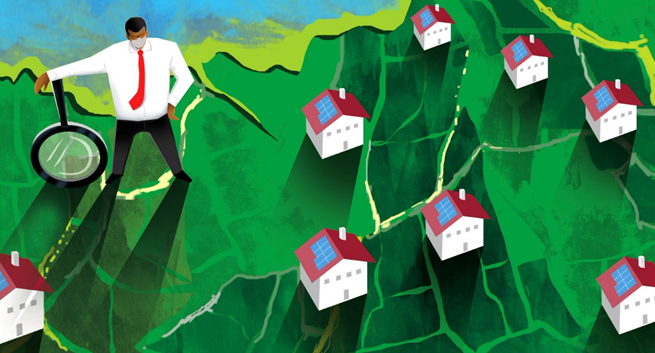 This dual-listed stock deals in logistics and warehousing solutions-related real estate in 17 different countries. As offered by the company in an update on Friday, it had entered into a contract regarding 34 hectares of land for a sum of NZ$75 million, located near the Auckland Airport. It is a part of acquisitions of strategic pieces of land to help offer the best services to clients.

Investing in several healthcare-related properties in New Zealand and Australia, Vital Healthcare property trust is known to focus on delivering the best patient care. Recently, the Company offered information about three acquisitions, one of which is the Epworth Camberwell for a sum of AU$82.7 million, situated in the outskirts of Melbourne.

This is primarily an agriculture-based property stock, which is then given out on lease or rent. In the market update given by the Company today, as of 30 June 2021, the NAV per share was NZ$1.3351, while after the audit, the NZL manager shall be eligible for a performance fee worth NZ$1.183 million.

This Company deals with real estate based out of different parts of the country, with some of its main operations in Christchurch, Wellington, and Auckland. It was announced that the Company’s annual meeting would be held on 27 August 2021, while the Director’s Nominations were accepted only till 29 July 2021.

This Company is known to deal with properties regarding retail and that of a commercial capacity. In its FY21 results, it offered a profit of NZ$132.0 million, 11.58 cents of distributable per share profit. There has been a growth of NZ$546 million recorded since March 2020, which has spurred acquisition prospects for the Company.

Weekend wrap: Look at 10 most traded stocks on the NZX

Offering investments in large formats of retail assets, Investor Property Group is known for leasing throughout New Zealand. In the annual shareholder meeting held on 8 July 2021, Grainne Troute has been re-elected as a director. The director remuneration shall witness upward changes. It was also decided that directors should decide the remuneration being offered to the auditor, PricewaterhouseCoopers.

This New Zealand-based Company deals in industrial-based properties, particularly the leasing and renting of the same. The duration for the NZ$300 million worth of bank facility has been extended to 2 July 2025-2026. Another NZ$100 million has been added to the fund to be valid till 2 July 2023.

This Company deals with real estate relating to commercial properties, offering some of the best shopping places. In an announcement made by the Company today, the KPGO10 trading should conclude on 20 August 2021, which should be the final date for quotation.

Don’t miss: Which are the best real estate shares on NZX?

Offering investments in top-notch commercial prospects, Precinct Properties is known to deal with long-term leases for clients across the country. In an announcement about its tax ruling, the Company said that Inland Revenue then required the payments made in regard to management termination, tax deductible.

Read now: Which were the most active 10 NZX stocks today?