The New Zealand pharmaceutical industry is reliant on its neighbour, Australia, and yet, it is independent and attracts good direct foreign investment. Though not one of the biggest industries, it does rake in US$1.2 billion annually.

There are number of mid-sized and big pharma companies in New Zealand, and most B2B market buyers and foreign investors try to find partners in the pharma industry in New Zealand, which is considered to be one of the most sophisticated industries in Oceania.

Let’s see which are the big 5 NZX-listed pharma companies in New Zealand.

It is a cancer diagnostic company which conducts research, develops, and sells diagnostic tools for early detection of cancer. The company has a product called Cxbladder, which is a urine test for the detection of bladder cancer. The Company is also in the process of developing Cxbladder Resolve, a product designed to identify late-stage bladder cancer. The market cap of PEB is NZ$896 million. According to analysts, the earnings are likely to grow substantially, and in the last five years, have grown 4% per annum. On Tuesday, the Company announced that it had further extended its products to the NZ public healthcare providers. Earlier, it had signed an agreement with DHB to provide its products to DHB, and on Tuesday, it extended the cooperation further.

BLT is a provider of healthcare products, mainly probiotic strains, which help in the immunity building process. Its market cap is NZ$93.4 and the company has seen a lot of volatility in the last few months, but it is a growing company that has expanded its footprint in many countries, including China and India. Recently, the Company announced the appointment of Tom Rönnlund as director to the Company’s Board.  Mr Rönnlund is the CEO of Probi AB, which is the world’s leading biotechnology company.

Related article: What is a Penny stock? Can it prove to be a good bet for investors?

Cannasouth Limited is a pharmaceutical company that produces and develops cannabis and cannabinoid-related medicines. Currently, the Company has a relatively small market cap at NZ$51 million but has been growing exponentially in revenue for last year. Its stock price has been volatile due to an uncertain regulatory environment around cannabis production and usage. The Company announced on Tuesday that it had closed its share purchase plan and retail offer on Tuesday and had raised a total of NZ$4,500,000 through the issue of new shares.

Do Read: Look at these top NZX- listed stocks under $1 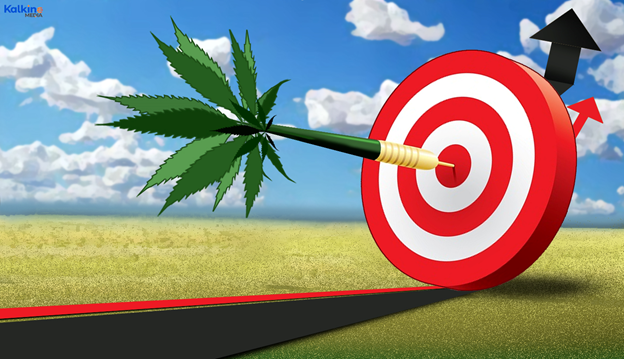 Rua Bioscience is a pharmaceutical company that focusses on research and development of medicinal cannabis. It has been growing for last one year. Currently, its market cap is NZ$57 million and it makes less than NZ$1 million in revenue. Recently, the Company announced that it was eyeing a slice of the NZ$2.5-billion cannabis testing industry. Driven by the global demand for medicinal cannabis, it is expected that the cannabis testing industry will be worth NZ$2.5 billion.
Also read: Why These 6 NZX Stocks Are Witnessing Mixed Fortunes - IKE, RUA, WHS, MWE, NZR, LIC
On 3 August 2021, the stock was trading flat at NZ$0.405, at the time of writing.

AFT Pharmaceuticals develops, licenses, distributes, and sells pharmaceutical products across the globe. It offers products to be used in common cold, flu, eye care, first aid, etc.  It’s a high-growth company as its products are in demand in many countries and it is looking to grow its footprint in many other countries. Its earnings are likely to grow by 34% in the near future. Its market cap is NZ$468. Recently, it announced that NovaTears®+Omega-3, an eye-treatment that is distributed in Australia and New Zealand is an effective treatment for dry eyes.