How are 3 NZX retirement villages faring amid Omicron outbreak?

New Zealand boasts having world-class healthcare facilities. It has a strong network of rest homes to take care of its aged population and offers a range of living and care options.

Despite facing challenges of the pandemic, the country’s retirement villages operators witnessed continued demand for new units and aged care, thereby resulting in their growth.

With this overview, let us walk through the three popular retirement villages worth considering amid the pandemic. 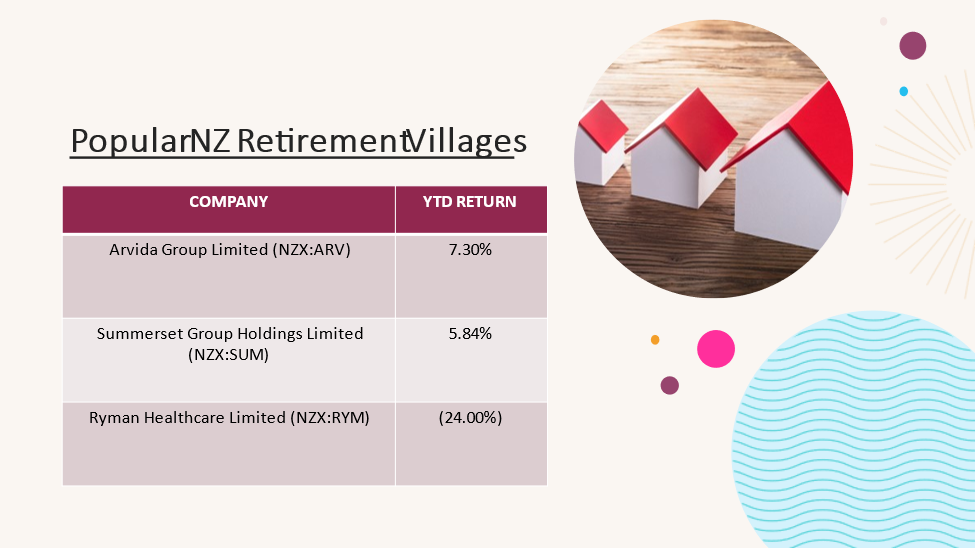 First on the list is Arvida Group Limited, which offers a range of living options and rest homes to suit the needs of its residents. Some time ago, the retirement village operator had affirmed the settlement of the divestment of its Rangiora-based three retirement villages, including Bainswood House and Bainlea House.

Must Read: Arvida (NZX:ARV) Did the Company report solid 1H22?

ARV’s portfolio has now been reduced by 14 serviced apartments and four villas.

Next, we will talk about Summerset Group Holdings Limited, which houses over 6,600 residents in its various retirement villages spread across the country. Recently, it has announced to publish its FY21 performance on 24 February.

It is noted that the Company had also released its 4Q21 metrics wherein it revealed that the sales for the fourth quarter remained strong, in spite of lockdown and restrictions across the Auckland and Waikato regions.

Also, it will commence the construction of its four new sites this year.

Last on the list is Ryman Healthcare Limited, which has been providing retirement living options for more than 35 years. Last month, it had disclosed its half-year result ended 30 September 2021, wherein its underlying profit was recorded at NZ$95.9 million, up 8.5% on pcp.

This was majorly on account of resale earnings, which reflected increased pricing and higher volumes.

Its total assets rose by 18.1% to NZ$9.85 billion from September 2020, and RYM boasts a strong pipeline of projects with 11 new villages coming up in the future, thus maintaining its future momentum.

NZ retirement villages have coped well during these difficult times and are committed to safeguarding the health and welfare of their residents.