Apart from technology sector, the market players need to look at some stocks from retirement space. It can be said that these stocks have been under the investors’ radar.  This company happens to be a leading retirement village operator as well as aged care provider in New Zealand. It can be said that this company has weathered the COVID-19 storm. As per the company’s annual report for FY 2019, New Zealand population aged 75 and over is forecast to more than triple in the next 50 years. 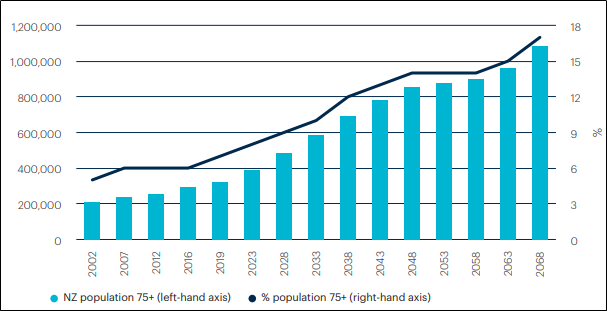 In New Zealand, Summerset Group Holdings Limited (NZX: SUM) happens to be the leading developer as well as operator of retirement villages. Notably, the company offers living options and care services to more than 5,500 residents. 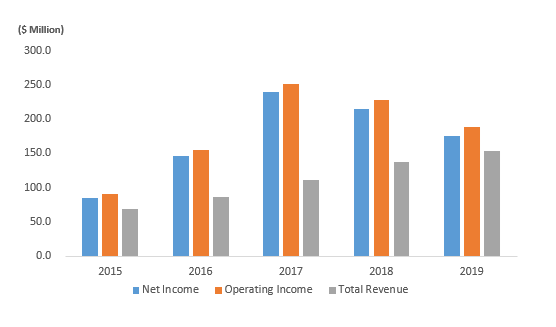 The company has reported a development margin of 22.3%, in line with the previously expected range of 20% to 25%. It delivered 139 new homes in the half-year and expects to deliver 300 to 350 homes by year-end. The company has declared an unimputed interim dividend of NZ6.0 cents per share.

Summerset Group Holdings Limited is offering up to $100 Mn of 7-year fixed rate bonds maturing on September 21, 2027 to the country’s retail and institutional investors.

For the third quarter ending 30th September 2020, the company reported 225 sales of occupation rights. Notably, this comprises 100 new sales as well as 125 resales.

The sales in Q3 were driven by demand for post-lockdown safety as well as security in retirement villages. The quarter ending September 2020 saw the first residents move into SUM’s new villages in Papamoa Beach (Tauranga) as well as Te Awa (Napier). It was mentioned that earthworks also commenced at SUM’s St Johns site in Auckland, which received resource consent in the month of December 2019. In the fourth quarter, the company is planning to open the main building at its Rototuna retirement village, offering village facilities, serviced apartments, a care centre, as well as memory care centre. 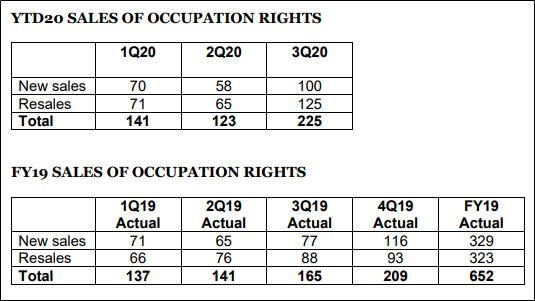 Summerset Group Holdings Limited has purchased land to build 9th retirement village in Auckland as well as its first in the East Auckland area.

As per the release, planning of village is ongoing and is expected to include independent living apartments ranging from one to three bedrooms, serviced apartments and care suites providing rest home and hospital care. The village would also be including a memory care centre for people living with dementia, having an industry-leading design. Notably, the total investment estimated for the village is ~$300 million.

The aged care sector of New Zealand is under a constant risk of COVID-19 pandemic as old people are likely to get more affected by this deadly disease. In normal course of the company’s business, SUM is exposed to credit, market as well as liquidity risk.