A growth stock is a stock of a company that gives a significantly high growth rate and a positive cash flow at a faster rate than another company in the same sector. These stocks belong to the companies with high-growth potential.

Investing in growth stocks can certainly turn out to be a wise step in the year of hope and recovery, 2021. Investors invest in growth stocks, expecting that they would make money through capital gains when they sell their shares in the future.

However, they are regarded as risky as they make profit by securing significant market advantage by engaging in bold business plans. 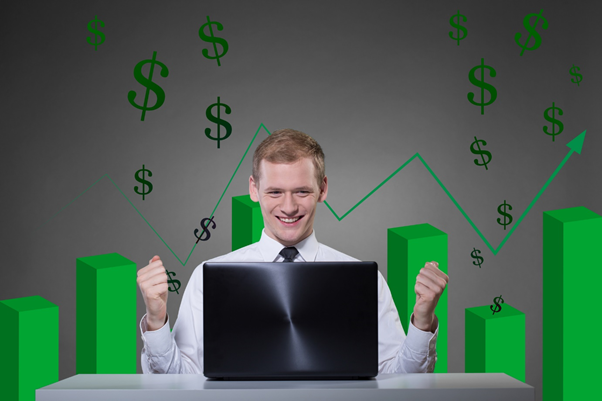 Let’s have a look at these 7 NZX-listed growth stocks’ performances till date.

Michael Hill International Limited (NZX:MHJ, ASX:MHJ) started 2020 on a strong note but its financials were severely affected by the coronavirus pandemic and drought.

The Company experienced a surge in sales from its digital business, resulting in record digital sales of $24.7 million in FY20, up by 2.3% on FY19.

Some of the highlights of MHJ’s financials for H1FY21 included the following:

Some of the highlights of ARG’s financials for 6 months to 30 September included the following:

ARG’s capital and portfolio position remains healthy as it steps into H2 FY21.

On 15 February, the Group also confirmed that the sale of the Albany Lifestye Centre (ALC) is now unconditional. The sale price of $87.5 million is at book value and the settlement is expected to take place around 30 April 2021.

Heartland increased its finance receivables by 4.9% to $4.6 billion during the year as a result of strong performance across Reverse Mortgages, Open for Business, Motor, Harmoney, and Business Intermediated.

It achieved many key milestones, including the launch of digital platform for residential mortgages, launch of new products to aid customers affected by COVID-19, and also established first long-term funding structure to sustain its Australian business growth.

The Group reported revenue of $7,309 million, EBIT before significant items of $160 million, and made a net loss of $196 million in FY20. However, cash flows were up by a solid $410 million. FBU ended 2020 with a strong balance sheet and looks forward to build on this progress.

The Group suspended dividends in FY20 but plans to resume dividend payments in FY21. FBU expects FY21 half-year EBIT to be in the range of $305 million to $320 million.

Freightways Limited (NZX:FRE) reported strong activity in Q1 of FY21 after initially posting a sharp drop of revenue in April 2020.

Some of the highlights of FRE’s financials for Q1 FY21 included the following:

The Group expects Express Package volumes to be affected by a slowdown in macro-economic activity while activity-based revenue recovery is likely to be dependent on the number of people returning to offices, especially in Victoria.

Pre-sales in 2021 were also promising, particularly at SUM’s new Kenepuru (Wellington) and Te Awa (Napier) villages. The Group pre-sold over 93% of Te Awa’s villas that are due to be delivered in Q1 of 2021.

Summerset has forecast underlying profit to be between $96 million and $98 million for the year ended 31 December 2020.

Group sales crossed $700 million mark with incredible performance in Homewares and Sporting goods segments. Total sales for the Group stood at $701.8 million for 53 weeks ended 31 January 2021, up 7.47% for the year ended 26 January 2020.

BGP recorded its biggest sales day ever on Black Friday and surpassed the prior record by 19%.

The Group also paid a special dividend of 6 cents per share last month.

BGP expects reported NPAT to exceed $70 million for the full year. A final dividend is also expected to be announced with full-year results on 16 March 2021.