The Central Bank of New Zealand will deliver another rate hike today. According to expectations, it is set to announce a 50 bps OCR increase to tame inflation which had hit a 6.9% in the last quarter. This will take the OCR to 2%. Bank rates will also be influenced by this rate hike.

In April, the Reserve Bank of New Zealand had announced a 50-bps hike in the OCR and had signalled that more such hikes were needed to bring the NZ inflation under control. 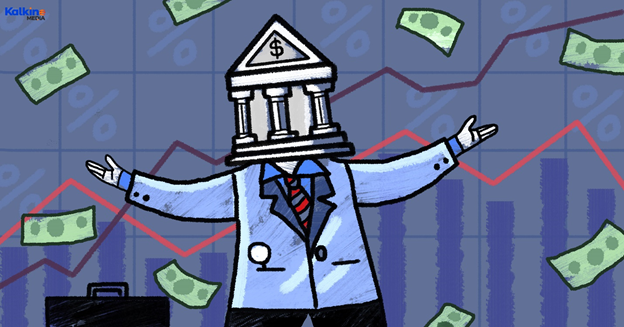 This hike will further have an impact on mortgage and bank interest rates. It is clear that the increase in the OCR does partly influence how banks and lenders set their interest rates. However, this is not the only factor. There are three other factors that decide how interest rates are set: funding costs, competition from other banks for borrowers and the risk of default from existing borrowers.

Against this backdrop, let’s examine how these 2 banking stocks are doing.

Westpac is one of the leading banks of NZ. In its results declared recently, it reported a cash profit of NZ$635 for the six months till 31 March, signifying a 9% rise over pcp. The sale of Westpac Life, an insurance arm of the bank, added a major gain of NZ$126 million to its financial performance. Its loan book increased 4% to NZ$94 billion, mortgage lending was up 7% to NZ$62.2 billion. Overall business lending was down 1%.

ANZ is also the biggest Australian bank operating in NZ. It reported a cash profit of NZ$968 million in the half year till 31 March due to a hot housing market. The revenue was up 6% in the half year due to growth in lending but expenses were also up.

Despite a gloomy outlook, the bank performed well as the housing market was still good in half year. Even though property values had fallen 4.1% since the peak in November, they were still high. ANZ also announced that it would pay its dividend in three currencies.