These top 3 NZX financial stocks can be explored in 2022

Financial companies are instrumental in accelerating the nation’s economic development as they provide valuable finance and investment opportunities and help manage financial risks across the country.

As per reports, in 2021, NZ’s financial and insurance services industry contributed about NZ$15 billion towards the country’s GDP.

Having said that, this article covers the popular NZX-listed financial stocks worth investing in this year. 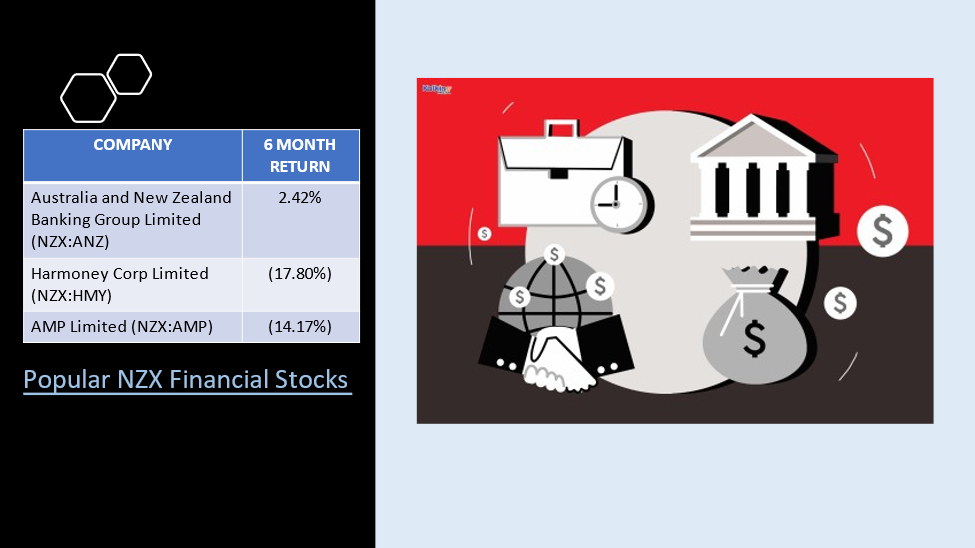 One of the leading banks across the country, Australia and New Zealand Banking Group Limited, had recently held its AGM. Its shareholders passed resolutions related to the election and re-election of a few directors of the Company.

Also, the adoption of the Remuneration Report was among other resolutions being passed by its shareholders.

The said facility has been funded by both Viola Credit and OneVentures.

AMP Limited has announced that a few days back its Private Markets business had signed a binding agreement with Ares Holdings LP to sell its Infrastructure Debt platform for AU$428 million.

Do Read: AMP (NZX:AMP): What are its priorities for the future?

The transaction is likely to be completed in Q1 2022 and the said cash proceeds would strengthen AMP’s capital position.

The financial sector is crucial for stabilising the economy by ensuring efficient allocation of economic resources.