It is the earnings season for corporate New Zealand and many companies are generously announcing their dividend distributions on the back of improved financials.

In 2020, due to COVID-19 disruptions, many businesses across the globe were affected. Due to shaky financials or uncertainty in the business environment, many companies decided to hold on to their cash reserves. Several companies decided to either give partial or no dividends to their shareholders in 2020. However, with the economic recovery and improved cash flows, corporate New Zealand is returning the ways of announcing attractive dividends for its shareholders. While February saw some companies declaring their records and payment dates, March will see a revival of dividend payouts by most cash-rich companies of corporate New Zealand.

Let us have a look at some such companies, which are well on the road to recovery and plan to give rich dividend payouts to its shareholders in March. 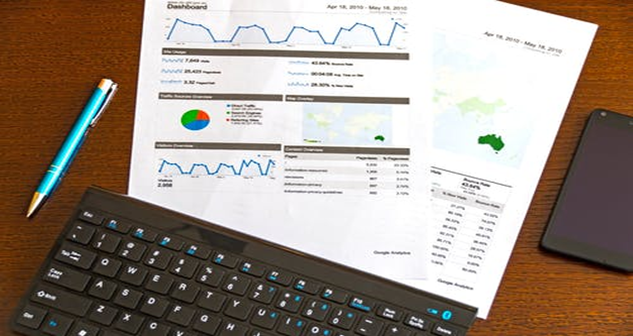 Heart Group Holdings has a consistent dividend-paying history. Even though HGH toned down the dividend payout in the second half of 2020, it didn’t suspend it completely. For FY21, it has announced an interim dividend of 4.000 per share to be recorded on March 1, which will be paid on March 16, 2021. The finance company has given 0.5 cents less dividend as compared to 1H2020 due to RBNZ’s restrictions on distributions by banks. The imputation value stands at 1.556 cents per share.

The Company was able to reward its shareholders with a good dividend payout because of its better-than-expected performance in the first half of 2021 ending December 31, 2020. HGH achieved a jump in its net profit after a tax of 10.6% at NZ$44.1M. Other indicators also hinted at good performance.

What is significant is that along with one more Australasian bank, Heartland did not undergo any change or reduction in its ratings by Fitch Ratings.

The healthcare and animal care company, operating in both New Zealand and Australia, declared an interim dividend of NZ42.000 cents per share for its shareholders. This signifies a 13.3% increase over the prior corresponding period. This also means a dividend payout ratio of 69.0%, pretty consistent with the Group’s policy of declaring dividends of not less than 60% of the net profit. Of late, the average payout ratio has been in the range of 70%.

The record date for the dividend is March 5 and it will be paid on March 18.

The healthcare company has been rewarding its shareholders with good dividend payouts because of its strong operating performance, good cash flows, and a strong balance sheet. It is said that in view of these indicators, the Group will not be having a dividend reinvestment plan for the interim dividend.

For the New Zealand shareholders, the dividend will be imputed 25%, and for the Australian shareholders, it will be fully franked.

Christchurch-headquartered Skellerup Holdings announced an interim dividend of 6.500 cents per share from its retained earnings for its shareholders. The dividend record date is March 4 and will be paid on March 18, 2021.

Skellerup has been consistent with its dividend payouts for previous years. The dividend will be imputed 50% on 195,276,382 ordinary shares on issue for a total amount of NZ$12,692,965.

The designer and manufacturer of vacuum systems and polymer systems was able to give rich rewards to its shareholders due to spectacular growth in its earnings in the first half of 2021. Its business is robust, which is displaying good earnings and cash flows by delivering important products to its customers.

It reported a net profit of NZ$19.5M for the first half of FY2021 and increased its full-year guidance between NZ$33 and NZ$37.

The special dividend was declared on December 12, 2020, and was to be paid to shareholders, who held ordinary shares in the company.

A Dividend Reinvestment Plan was also announced for this special dividend.

The Company has also done well in terms of its debt situation. It did not take wage subsidy from the government due to its strong debt position.

The leading operator of retirement villages in New Zealand declared a final unimputed dividend for its ordinary shareholders at 7.000 cents per share. The record date for the dividend is March 8, 2021, and it will be paid on March 22, 2021. The Group has been consistent with rewarding its shareholders by paying dividends every year in March and August.

SUM maintained a strong profitability and resilience and that’s why it was able to pay a total of 13.00 cents per share for the whole year as the dividend. The Group also announced a DRP at a discount of 2% for its shareholders.