As NZX witnesses its August reporting season, many companies are declaring their full-year as well as interim results this month. Shareholders are eagerly waiting for the result declaration so as to know the dividends being rewarded to them.

Amid this background, let us glance at the 10 NZX dividend-paying stocks, declaring results in the month of August. 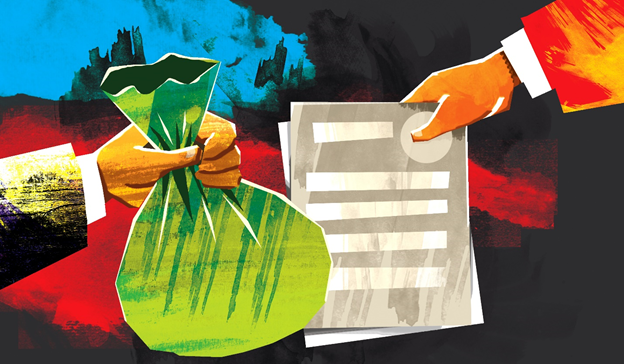 Property for Industry Limited is a property vehicle, aimed at investing in New Zealand’s industrial properties.

On 7 September, the Company will pay an interim dividend, which would carry a dividend reinvestment scheme of 2%. Underpinned by a quality portfolio, focused strategy, and buoyant market conditions, PFI reported a PAT of NZ$273.5 million for the half-year period ended 30 June 2021.

Freightways Limited operates as an express package service business across NZ. The Company, which is regular in paying dividends to its shareholders,  would declare its FY21 results on 23 August.

Witnessing a revenue and NPAT of NZ$410.3 million and NZ$22 million, respectively in HY21 and, encouraged by strong trade across its business activities during the said period, FRE is well-poised to deliver superior long-term value to its shareholders and would continue to focus on its future growth and expansion strategies.

Must Read: Which are the top 10 transportation stocks in New Zealand?

Functioning as a specialty jewellery retailer, Michael Hill International Limited, which would announce its full-year results on 23 August, is consistent in distributing dividends among its shareholders. In its latest trading update for Q4, the Company stated that its full-year sales rose 51.1% and its digital sales clocked 6.2% of the full-year sales as compared to FY20’s 5.0%.

MHJ has delivered positive sales growth for eight consecutive quarters and continues to enhance its earnings and focuses on exploring new opportunities.

Related Read: How are these 5 NZX retail stocks faring in 2021?

NZ’s leading telecommunications operator is Chorus Limited. The Company is consistent in paying impressive dividends to its shareholders. It would release its FY21 results on 23 August.

In its HY21 results, the Company’s NPAT was recorded at NZ$24 million and it had forecasted an EBITDA between NZ$640 million to NZ$660 million for FY21. With the constant growth in its fibre connections, CNU is optimistic about delivering high shareholders' value.

Related Read: Which are the four hot NZX-listed telecom stocks?

Operating retirement villages and rest homes across New Zealand, Summerset Group Holdings Limited is known to be a regular dividend payer among its shareholders. It would disclose its HY21 results on 24 August.

In its annual results for the period ended 31 December 2020, SUM witnessed a 32% rise in its NPAT, amounting to NZ$230.8 million. Even amid the uncertainties in 2020, the Company remained resilient and maintained strong profitability during the period.

SUM is optimistic of delivering a strong performance in the upcoming results, as it continues to focus on sustainability and future growth opportunities.

Interesting Read: Which are the well-known retirement village shares in New Zealand?

The Company will unveil its FY21 results on 25 August. Bolstered by the solid performance of its local gaming business, SKC anticipates stronger than expected trading results.

Therefore, it anticipates a Group EBITDA and Group NPAT in the range of NZ$247-253 million and NZ$84-88 million, respectively for FY21. The Company is confident to meet its FY21 targets and is likely to pay a final dividend in the month of  September.

Related Read: SkyCity (NZX:SKC): How is the gaming stock coping with level 4 lockdown?

Working as a diversified agribusiness, Scales Corporation Limited does distribute dividends to its shareholders on a regular basis. Last month, it had paid a final dividend for 2020 and is all set to unveil its half-yearly results for the period ended 30 June 2021.

Its underlying EBITDA stood at NZ$53.9 million and NPAT was reported at NZ$33.8 million, underpinned by strong growth across its business operations.

Its food ingredients division segment continues to grow, thereby taking advantage of the growing global petfood market, and is focused on improving its margins by accelerating automation initiatives, thereby maximising its shareholders’ value.

Don’t Miss Reading: Which are the 5 most sought-after NZX listed agriculture stocks?

One of the leading electricity companies across NZ is Vector Limited, which rewards its shareholders by paying them good dividends. It would release its FY21 results on 24 August.

Related Read: Which are the top 15 dividend stocks on NZX?

Another NZX listed electricity generation company is Genesis Energy Limited, known for distributing regular dividends among its investors. The Company would declare its FY21 results on 26 August.

GNE has updated its EBITDAF guidance for FY21 to be in the range of NZ$405 million - NZ$410 million, mainly on accounts of strong retail margins. Moreover, its shareholders are eagerly waiting for the Company's results.

Recommended Read: Genesis Energy (NZX:GNE): How is the Company tapping into solar power?

Steel & Tube Holdings Limited would disclose its FY21 results on 24 August. Owing to its strong business performance and a significant reduction in its underlying cost structure, the Company expects its FY21’s EBIT between NZ$20-NZ$22 million.

STU expects to pay a final dividend in September 2021, which would be consistent with the Company’s dividend policy.

Investors are always drawn towards dividend-paying stocks for they guarantee a consistent stream of income. Considering one's risk appetite, every investment portfolio must contain a few of these stocks, which generally remain stable even during turbulent times and are consistent in rewarding their shareholders with dividends.