As per the latest report of Stats NZ, New Zealand's card spending rose in December 2021 owing to the festive and year-end holiday season.

Apart from the Christmas period, the ease of lockdowns and restrictions also contributed to this rise in card spending.

Some businesses which contributed to an increase in card spending were salon and hairdressers' services. Also, the fuel industry provided the much-needed boost as many Kiwis crossed Auckland’s border with the easing down of restrictions.

That said, let us take a quick look at the three popular consumer stocks worth considering this month. 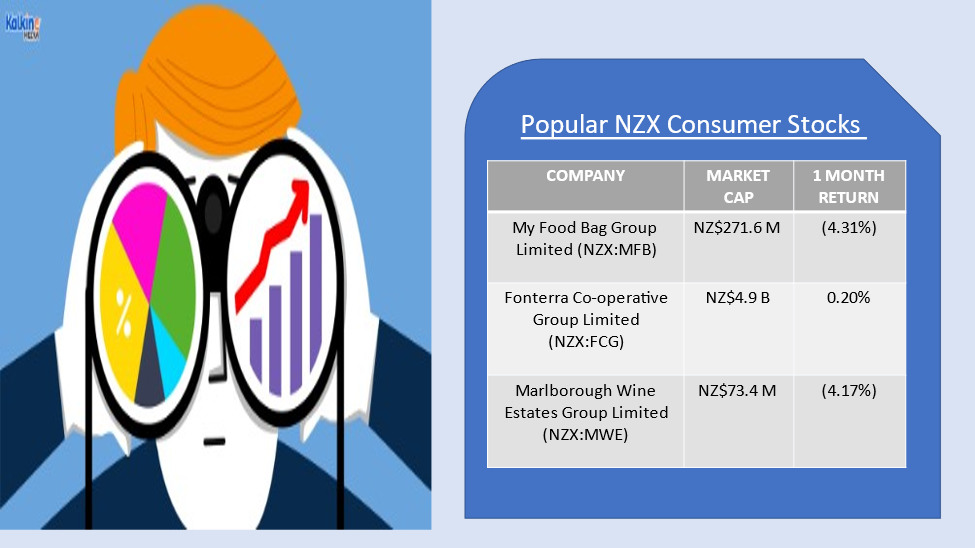 Paul has vast experience spanning over 28 years within the dairy sector.

Meanwhile, MFB’s supply chain team would be taken care of by Fred Britton until Paul's arrival.

Related Read: Which are 4 NZX consumer stocks to be explored this year?

Fonterra Co-operative Group Limited a few days back revised its milk collection forecasts owing to challenging weather conditions across many regions of the country, which resulted in a decline in milk collections.

Marlborough Wine Estates Group Limited had conducted its ASM virtually last month, wherein a resolution was passed for the re-election of its director, Min (James) Jia.

Another resolution was carried out to re-appoint BDO as MWE’s auditor and empower the director to determine its remuneration.

At the time of writing on 20 January, Marlborough Wine Estates Group was flat at NZ$0.230.

Increased consumer spending over last month brought some respite to NZ businesses, which were significantly impacted by the pandemic and subsequent restrictions.