As the market participants are well aware, the COVID-19 pandemic has impacted several economies as well as companies. The lockdowns which were imposed to restrict the spread of COVID-19 has impacted the operations of the companies on the global level. Notably, negative impact was also witnessed on the equity markets. However, now some of the companies could perform well. This company has been carrying out operations in the hospitality space in New Zealand. This company has recently released its financial results for the 6 months ended 30th September 2021 and it has posted significant rise in the revenues. The stock price of this company has encountered an increase of ~16.85% in one month. In the time frame of past 1 week, it has increased by ~26.82%.

Savor Limited (NZX: SVR) is one of the largest hospitality businesses in New Zealand. The acquisition of the iconic Auckland venues Amano, Ortolana, and The Store in April 2021 has further aided the group’s strength and depth. 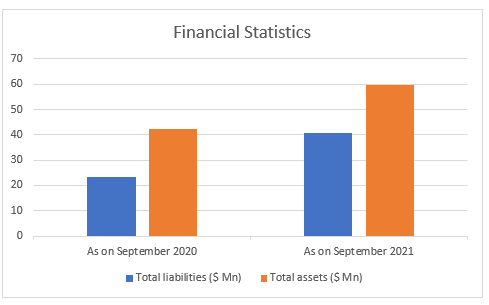 Do Read: How to diversify portfolio with NZX small-cap stocks?

The group started the financial year 2022 with the period of consolidation, following the acquisition of Amano, Ortolana, and The Store from Hipgroup Limited in early April 2021.

Further, the group in June, has acquired a centralized distribution centre. This is resulting in deriving purchasing power synergies and also aided to a streamlined supply chain, by directly working with the suppliers to source the highest quality products. The company has managed to complete the review of the lease portfolio, leading to the exit or sublease of the underutilized spaces in order to offset ~$0.3 Mn of the rental costs on the annual basis.

Additionally, in July 2021, the Group managed to acquire Oji Sushi, which helped the company in adding the affordable premium sushi range to accompany its present Japanese credentials.

The group’s trading results surpassed initial expectations driven by robust performances across the bulk of the existing Savor Group venues. The group has delivered substantial advancement on its cost-out strategy, removing ~$1.0 Mn of the annualized overhead costs, in addition to the ongoing working capital as well as overhead benefits realized with the divestment from Moa Brewing operations.

Additionally, the Group achieved fruitful settlements for the historical claims against the contract manufacturer (100% in favour) as well as the purchaser (85% in favour).

The company has redeveloped the eCommerce business to garner sales in excess of $0.13 Mn per week for the online deliveries as well as takeaway offerings. This, combined with the capital as well as cost discipline, capped the weekly cash outflow to ~$88,000. The company is well positioned to maximise the trading opportunities after the restrictions are lifted.

The robust trading results throughout winter reflect the high quality venues the company has as well as the potential that the company is capable of achieving. However, the company  has also mentioned that COVID-19 pandemic has been presenting significant challenges as well as it places significant pressure on the business.