The indelible mark left by the pandemic all over the world is immense.  Luckily, New Zealand had been able to tackle these challenges fairly well in the past year, keeping the economy fairly stable. The rise of the Delta variant has raised concern again and various industries are making different contingency plans, which include innovation and proactive techniques to ensure minimal impact on businesses in the 2 3 years to follow. 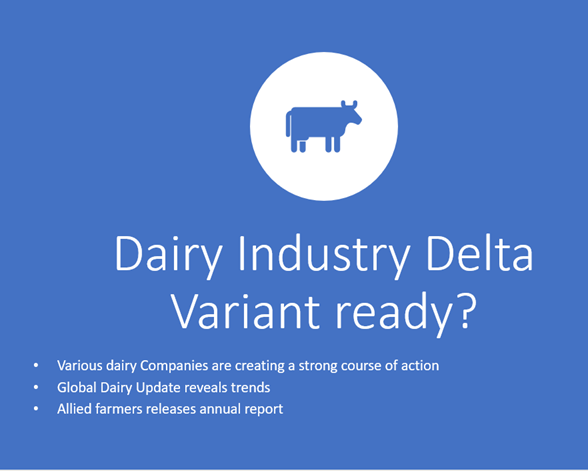 This expert dairy processing and farming Company has operations through various locations such as Canterbury, Christchurch, Temuka, and so on. In its latest announcement, the Company declared the leaseback and sale of the Auckland-based premises of the Company. The sale price was NZ$30.05 million, the settlement for the initial 10 years of the lease shall take place on 4 October 2021.

As the name suggests, this Company works in a co-operative format closely with several dairy farmers. According to the latest Global dairy update released by the Company, it was found that the early season had witnessed lower volumes of production in New Zealand, while the monthly production in the EU and the US witnessed a rise. At the end of the season, Australia witnesses reduced production.

Don’t miss: ­What are the effects of changing China infant nutrition market structure on The a2 Milk (NZX:ATM)?

This dual-listed dairy-based Company is known for its diverse operations through various geographies. In the latest announcement, the Company said that the annual meeting shall be held on 17 November 2021, virtually. The director nominations have to be submitted by 30 September 2021 for the same.

This Company has over 90 years of experience in livestock farming, with specialisation in dairy herds. In the annual report that the Company released recently, it was found that the NPAT was NZ$2.481 as compared to NZ$1.099 million earned in pcp, while the tax losses incurred till 30 June 2021 were NZ$40,568,976.

This Company specialises in herd development and agri-tech businesses, focussing on research and development in the field. Most recently, the Company announced that its annual meeting shall be held on 14 October 2021 virtually considering lockdowns across the country.

Preparing for the worst of scenarios, dairy businesses are developing a safety net to ensure minimal impact.