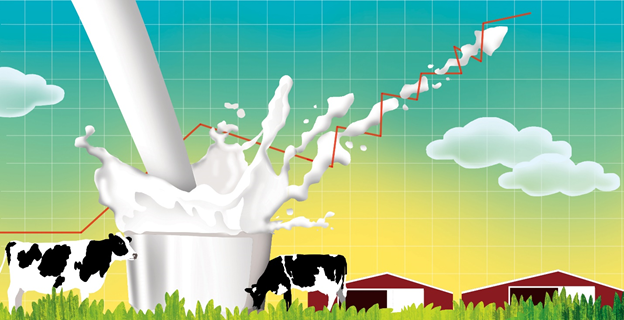 The Group has consented to sell its two joint venture farms based in China's Shandong province. The sale is unconditional and requires no legislative approvals.

Singapore-based AustAsia Investment Holdings will take over the said farms for NZ$163.4 million (US$115.5 million) and the sale is anticipated to be completed by 30 June 2021.

Japfa Ltd., which is a Singapore-based agri-food company, has a 75% stake in AustAsia, the latter being a raw milk producer.

It is noted that Fonterra has a 51% stake in the JV and will receive total sale proceeds amounting to NZ$88 million (US$62 million) on completion of the deal.

Recommended Read: Why The Buzz Around 3 NZX Dairy Companies- a2 Milk, Synlait, Fonterra

What does FCG's CEO has to say about the sale?

Miles Hurrell, Fonterra’s CEO, stated that the said sale was a significant event in Fonterra's calendar and would hugely benefit the Group, thereby helping it to focus more on its quality natural dairy.

It is pointed out that under Hurrell's leadership, FCG has started concentrating back on the NZ milk business, which is its core and vital trading activity, selling offshore and underperforming assets and, at the same time, undertaking a prudent cost approach to fortify its profits and earnings.

Hurrell further opined that the Greater China region was one of the most important international markets for FCG and the Group is determined to supply its highest-quality milk in Chinese markets.

FCG’s decision to sell its share in the JV comes after the sale of its two fully owned China farming centres during the start of the second quarter this year.

Don’t Miss: Who is the major shareholder of The a2 Milk?

As the Group pulls back from its intercontinental expansion strategy, Fonterra in April 2021 sold its two wholly owned China farming hubs based in Shanxi and Hebei provinces for a whopping NZ$552 million.

The sale was made to Inner Mongolia Youran Dairy to reduce FCG’s debts.

Also Read: Why These 4 NZX Stocks Are A Cut Above The Rest

It must be mentioned here that the Group’s 10,000+farmers community heavily condemned its disastrous overseas expansion strategy, following which Fonterra has now retreated to focus on its core business strategy of milk production and is selling its overseas assets.