Which are the top 10 shares on NZX by price movement?

Investors are always on a lookout for stocks that have performed good during the year while keeping track of not so good performers as well to make informed investment decisions.

Let’s have a look at 5 good and 5 not so good performing stocks for this year. 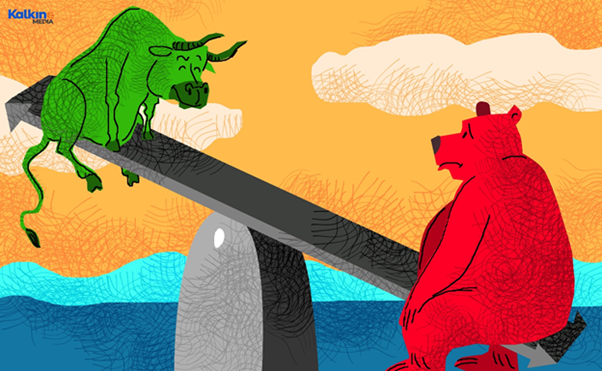 The Group weathered the COVID-19 storm by operating with multiple brands in various geographical markets.

It established a firm presence in 4 key markets (New Zealand, Australia, Hawaii and California) with the California acquisition of 69 KFCs and Taco Bell restaurants in September 2020. Total sales witnessed a 7% rise to $892.4 million for the 12 months ended 31 December 2020. RBD is continuing to take new investment in both new store builds and acquisitions.

The Group’s operations were negatively impacted by COVID-19 with VGL reporting an operating loss of $29.1 million in the FY ended 31 December 2020. In March 2021, The Group forecasted a cash burn of between $3 million and $4 million per month in 2021 until film release rates stabilised. However, because Vista's cash collections have surpassed projections since early May, the average cash burn for H1 2021 is now projected to be less than $2 million per month.

The Group reported outstanding earnings growth for the H1 ended 31 December 2020 due to deferral in sales from previous year to H1 amid COVID-19 and uncertainty on Brexit-related disruption led some customers to increase purchases in December 2020.

DO READ: What are six most exciting stories on NZX today?

Solid sales of potable water products in the USA and demand for flashing and plumbing products in all markets was solid in Q3. This caused SKL to raise its FY21 NPAT guidance in the range of $37 to $39 million.

Don’t miss: Serko Reports Losses Due To Travel Bans In its FY21 Results

Serko was impacted by the COVID-19 epidemic, which resulted in reduced domestic and practically no foreign travel, but by the end of the year, travel reservations from Australasia had improved. Serko reported a 52% drop in income to $12.4 million for the year ended 31 March 2021, and a 63% drop in total travel booking volumes compared to FY20.

ALSO READ: Why to set these 10 goals when investing in NZX stocks

The Group’s operations were impacted initially by COVID-19, but began improving from FY20. Throughout the pandemic, the firm has shown resilience with strong volume growth in H1 FY21 and utilisation rate increasing by 83% in NZ. The firm has also increased its provision by $19.2 million based on its trading results.

The Company expects capital expenditure to be between $20 and $22 million in FY21.

ATM was strained by a surplus inventory in its Daigou channel due to COVID-19-related difficulties created by prohibition on overseas travel in 2020. ATM's expansion in China's infant nutrition industry was also hampered by lower birth rates.

The Group slashed its full-year revenue projection in May 2021 due to disruptions in its major Chinese sales channel. A2 now forecasts revenue of $1.20 billion to $1.25 billion in 2021, down from $1.40 billion previously anticipated.

The Group reported a 19% rise in NPAT but a 9% drop in EBITDA for H1 ended 31 December 2020 due to lower NZ hydro generation and reduced market prices in Australia. Meridian’s generation volumes were down 7% on pcp due to lower starting storage and lower inflows into catchments since October 2020.

However, the Group’s segments showed increased sales and customers in Q4 with total inflows being 116% of historical average and 40% higher than Q4 FY20. MEL’s NZ generation was 12.4% lower in Q4 FY21 compared to Q4 FY20.

The Group expects an NPAT loss of between $20 million and $30 million in FY21 due to various risks like an expectation of ongoing shipping delays, achieving lower prices for its ingredient products and acceptance of a more cautious attitude to year-end inventory volumes and valuation.

Chorus reported a decline in NPAT and EBITDA for H1 ended 31 December 2020 due to the continued migration of customers from legacy copper services to alternative networks. In Q4 FY21, total fixed line and broadband connections fell by 16K to 1,340,000 and 1K to 1,180,000 in the quarter compared to previous quarter.

AIR NZ business took a hit due to COVID-19 travel restrictions but the firm started experiencing recovery with the start of the Trans-Tasman bubble. Its cargo and domestic business has helped it to recover with Tasman market operating at 70% of pre-coronavirus levels.

The Company expects not more than $450 million in terms of loss before tax and other significant items for FY21. While the financial outlook for 2022 remains uncertain.