In simple terms, the most traded stocks are those which are highly active and have the highest trading volume over a specific period, which made be inter-day, intra-day, weekly, fortnightly, or even monthly.

The higher the trading volume of the shares, the more would be the liquidity of that stock, reflecting better order execution and an improved buyer-seller market.

Here, an important point to be noted is that these hugely traded stocks are frequently bought and sold in stock markets. Their share prices are determined by the demand and supply as both buyers and sellers place their orders, thereby allowing the stock market to offer the best executive to both the interested parties.

On the one hand, for buyers, the execution is at the lowest possible price level, while on the other hand, for sellers, execution is done at the highest available price. This not only ensures a disciplined market, but also result in huge volumes of shares being traded, which often have low bid-ask spreads. 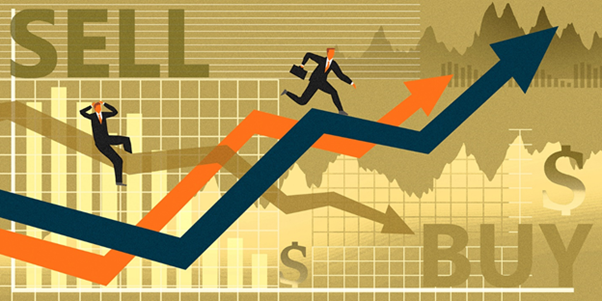 Here, in this article we would look at the top 10 most traded NZX shares on Monday.

Promisia Healthcare Limited was one of the most traded shares on the NZX on Monday, with a trading volume of 4,500,000. The Company provides a range of living and care options like independent living, rest homes, specialised support like dementia care, etc. In its latest updates, PHL has revealed that Aldwins House Limited, its subsidiary, has sought a week’s extension to acquire the property located at Aldwins Road, Christchurch, followed by a market update on the same.

On 2 August, at the closing bell, Promisia Healthcare was flat at NZ$0.002.

Kiwi Property Group Limited reported a trading volume of 1,104,651. KPG has a vast portfolio of more than NZ$3 billion. The Company has announced that its KPG010 bonds would mature on 20 August, and its final trading day would be 6 August.

Must Read: Why are 10 NZX dividend stocks popular among investors?

The country’s famous broadcasting company, Sky Network Television Limited, recorded a trading volume of 2,381,201. On 25 August, the Company would disclose its annual results for the period ended 30 June 2021, followed by a webcast and teleconference for both analysts as well as its investors.

Related Read: Why are the 5 NZX stock stories trending today?

The telecommunications giant Spark New Zealand Limited witnessed a trading volume of 865,805 on Monday. It would release its FY21 results on 18 August, followed by a teleconference with the Company’s Chief Executive and Finance Head.

Also Read: Which are the top four telecom companies in New Zealand?

Owner of iconic brands- Rip Curl and Oboz, Kathmandu Holdings Limited, was another stock with a high trading volume of 788,999. Despite having a positive start to winter, with both its brands doing well, the Company's performance was greatly impacted owing to the recent restrictions in Australia's New South Wales.

Hence, its total sales for FY21 are likely to be below expectations, roughly around $930 million and its underlying EBITDA to be about $120 million.

At the closing bell, Kathmandu Holdings was flat at NZ$1.370, on 2 August.

Can’t Miss Reading: How are these 5 NZX retail stocks faring in 2021?

NZ’s globally renowned dairy company, The a2 Milk Company Limited, witnessed a trading volume of 720,150. ATM has recently announced the completion of acquiring a 75% stake in Mataura Valley Milk for a total consideration of NZ$268.5 million.

The said purchase was funded by the Company’s cash reserves. More updates on the same would be provided in its annual results, which are soon to be released.

Another NZ stock that was highly active was Infratil Limited, which is the country’s major infrastructure investment company. It has recorded a trading volume of 730,153. IFT will hold its 2021 Annual Meeting in Wellington on 19 August. Shareholders can attend the same both in person as well as online.

Related Read: Why These Are the 5 Most Talked-About Stocks On NZX- PFI, ARG, IFT, VGL, KFL

One of the leading electricity generators and retailers across the country is Meridian Energy Limited, with a huge trading volume of 687,477. The Company is planning to schedule its Annual Meeting in October 2021, detailed information on the same would be revealed later.

Also, director nominations can be sent latest by 6 August.

The shares of Meridian Energy were flat at NZ$5.220 on 2 August, at the end of the market session.

Do Read: What is the trading volume of 5 NZX stocks during the market session?

Another stock that was highly active was Argosy Property Limited, with a trading volume of 618,856. ARG invests in retail, industrial, as well as commercial properties. ARG had declared the extension of its bank facilities of around NZ$210 million with various leading Australasian banks.

It is noted that its total bank facilities now stand at NZ$455 million, with a total funding tenor of 4.1 years.

NZ Windfarms Limited noted a trading volume of 605,525 and was one of the most active stocks on the NZX. The Company had earlier notified its shareholders of sending director nominations, the last date of which is 3 August.