Weekend wrap-up: Look at the 6 most traded NZX stocks today

The most traded stocks, as the name suggests, reflect investors’ interest, whether for their volume or value. They are also the most active stocks, which see the maximum buys or sells intraday. The volumes indicate higher trade, which reflects the liquidity of the stock. Higher trading volumes have to be looked in close proximity to the price of the stock. Let’s look at some stocks that were traded the most on Friday.

KPG was the most traded stock on the NZX today. It reported high-trading volumes of about 2,375,403 stocks intraday. Its stock was down by 0.84% at NZ$1.180. Its last update on the NZX was on Thursday, 10 June 2021, when it announced the date of its annual general meeting as 12 July 2021. The Company has provided the stock exchange with a copy of its notice. It will be a hybrid meeting according to the announcement, in which the shareholders can attend in person or online. 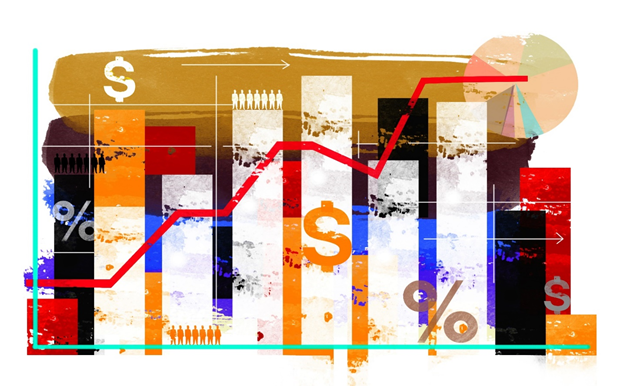 MEL also reported strong volumes on Friday. The volumes traded were 1,807,396 and the stock was up by 0.38% at NZ$5.350. The volumes reflect more buys than sells. Investors have been on a buying mode for Meridian Energy intraday. The last announcement that MEL made was on 8 June 2021, in which it announced that it was reviewing the ownership of Meridian Energy Australia (MEA) and as part of this, would consider all options, including partial or full divestment of MEA.

SPK, which is a telecom major of New Zealand, has also been one of the most highly traded stocks during the week. Its volumes were 1,806,703, up 1.43%% at NZ$4.825. The stock price reflects that there were more buyers for this stock than sellers. SPK is a fast growing company, which has been involved in the 5G roll-out throughout New Zealand.

Also Read: Is 5G available in New Zealand? Why is it so important?

SKC reported high volumes on Friday. Its volumes were 1,581,021 and the stock was up by 1.41% at NZ$3.600. The high volumes can be explained by the fact that on Friday itself, the Company announced that due to its strong trading numbers, it expected a rise in its operating earnings and net profits for FY21. It expects a push up by almost 33% over the last year. The company, listed on the NZX and the ASX made normalised EBITDA of $200.7M last year, but it says today  it expects that to rise from NZ$247M to NZ$$253M. Normalised net profit after tax last year was $66.3M, but the company expects that to come in this year between NZ$84M to NZ$88M.
Also Read: Buying in Communications and Material Stocks Ristricted Fall in Broader NZ Market

The AIA was an active stock on Friday. It reported volumes to the tune of 1,306,921. The stock was down by 1.95% at NZ$ 7.540. Adrian Littlewood stepping down as the Chief Executive of Auckland Airport has made a significant impact on the stock price. Mr Littlewood was with AIA for nine years and after making significant contribution, he stepped down last month. This change in the leadership position is driving the investors to sell their positions.

This was also one of the most traded stocks on the NZX. Its volumes were almost 1,244,591 and the share price was NZ$2.295, down by 0.65%. The last announcement it made on the NZX was on 8 June 2021 about the annual meeting of shareholders to be held at Eden Park, Auckland. The notice said that it would be a hybrid meeting and the date for it is 7 July 2021.