The recovery in the major index has been supported by market sentiments, and with a recovery in NZX 50 many stocks such as Pacific Edge Limited (NZX:PEB), TruScreen Limited (NZX:TRU) have gained considerable momentum in the recent past and now developing some interesting developments on Charts.

The Company has recently attracted growth capital at a market premium with an investment offer of AUD 22 million from ANZ New Zealand Investments, which is one of the largest third-party money manager with an AUM of $33 billion. 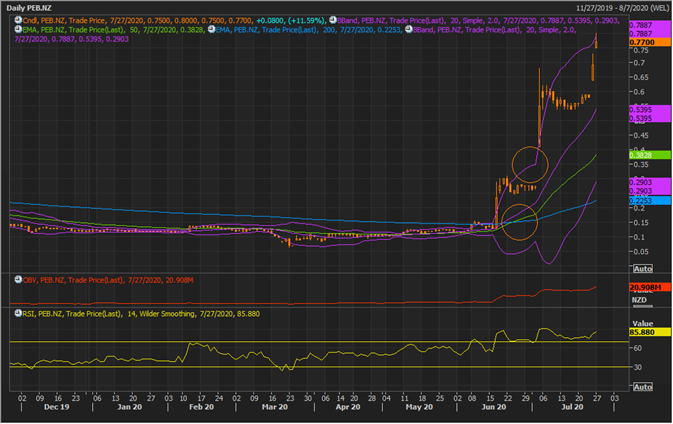 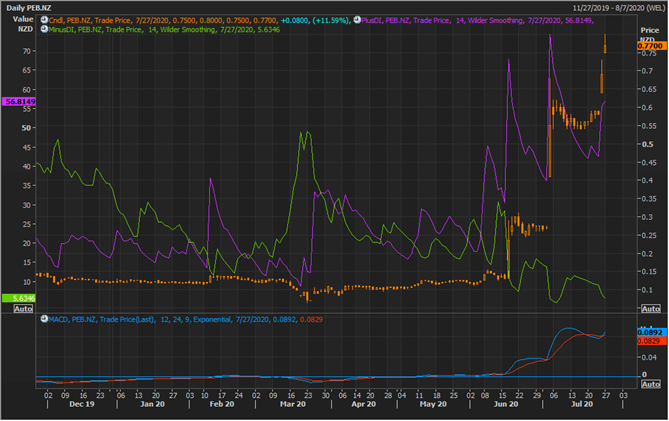 On further applying directional signals on the daily chart, it could be seen that the plus directional index (or DI) is trading above the minus DI, reflecting that the primary trend is an uptrend, and at present, bullish sentiments are prevailing.

The Company recently released its audited financial results for the year ended 31 March 2020 and reported a fall of 31 per cent in sales at $1.3 million. 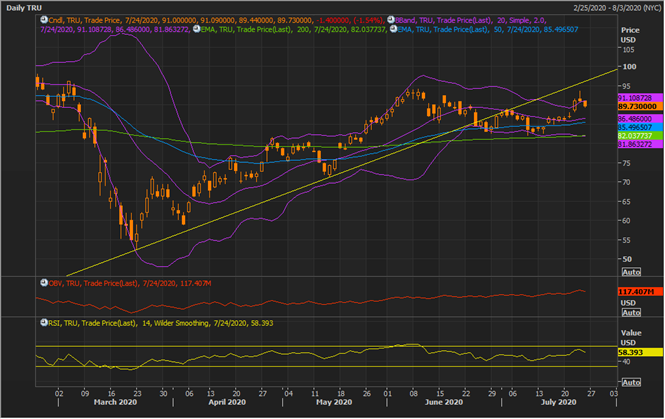 On the daily chart, the stock has breached its short-term support line and is now trying to retest the breakdown, which should act as the primary resistance for the stock. 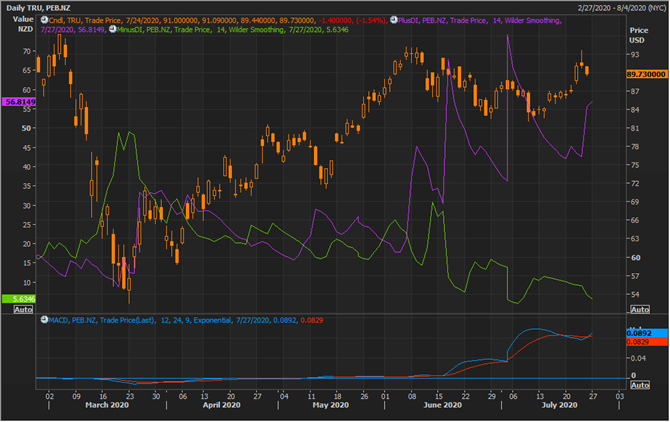 On further applying directional signals, it could be seen that the plus DI and minus DI are largely separated and plus DI is trading above minus DI, confirming that the primary trend is an uptrend, and at present, bullish sentiments are dominating.