ROE measures a company’s profitability against the profit that it has kept for the business (along with any capital injections). A greater profit leads to a greater ROE. This translates into the fact that investors tend to like a high ROE. 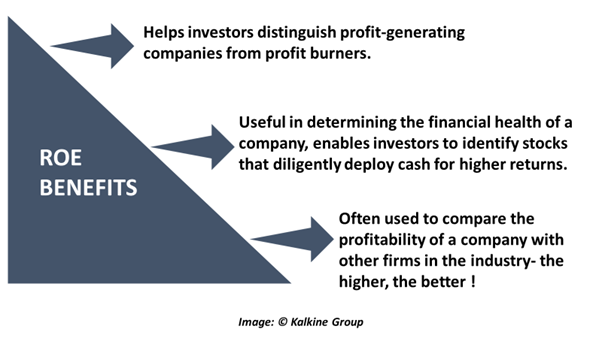 Two questions that arise next are- First, how can one calculate ROE? The answer is expressed under-

The second question is, where can one find companies to invest that have high ROE? One answer to the latter is the New Zealand stock market (NZX).

The NZX 50 index hit a fresh record high on 8 October 2020, up 1.83 per cent or 219.769 points, at 12,235, surpassing its previous record from February 2020. Positive news from the US as President Trump declared to halt talks on a broad stimulus effort until after the election along with New Zealand finally at level 1, contributed to investors feeling optimistic.

MUST READ: 6 Popular Stocks by ROE

In this backdrop, let us look at three NZX-listed stocks that are renowned to have high ROE-

Spark New Zealand’s stated purpose is to help “all” of New Zealand win big in a digital world. The Company’s latest three-year strategy (FY21 to FY23) continues the momentum of the previous three years, which depicted compound annual growth in shareholder returns of 13%- the highest of Spark’s global peer group.

The Company will focus on a core set of organisational capabilities to attain a competitive edge. The sustained network investment would persist, with an emphasis laid on Spark’s 5G rollout and on creating unrestrained capacity in wireless space. Besides, building a culture defined by its engagement, diversity and inclusion remains a core strategic imperative.

The Company also has the ambition to achieve top-decile Agile maturity and 40:40:20 representation Spark-wide by FY23. It intends to play a key role in supporting New Zealand’s economic recovery and transformation, while improving its sustainability performance and lifting digital equity.

Pushpay offers a donor management system (comprising of donor tools, finance tools, a custom community app, to name a few) to the faith sector, NPOs and education providers in the United States and other jurisdictions.

A recent Board addition has been Ms Lorraine Witten, who was appointed as a Director effective 22 September 2020.

The Company will reveal its interim results for the six months ended 30 September 2020 on 4 November 2020.

DID YOU READ? Technology stocks are the new Gold Rush

DON’T MISS: a2 Milk has one problem that most businesses don't mind having

Evidently, the above discussed companies continue to advance even in a volatile market. However,  investors should be wary of the fact that while ROE is a useful indicator of business quality, a whole range of factors should be looked upon- such as future profit growth, dividend policies, macroeconomic indicators, etc.