How has New Zealand travel and tourism sector fared since COVID-19 hit?

Without a doubt, the New Zealand tourism sector has been suffering the worst fate due to COVID-19 since last year. With international travel coming down to zero for the months of the lockdown, there are different sectors of the travel and tourism industry that suffered immensely, such as airlines and hospitality verticals besides others. 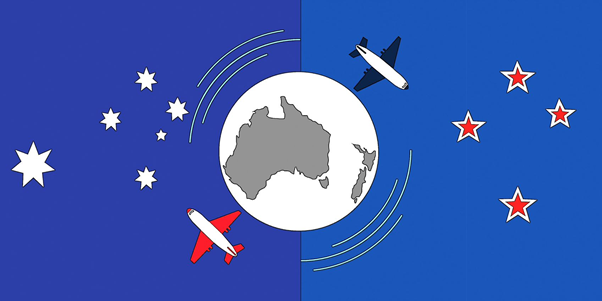 Local Tourism to the rescue

The gamechanger was the Trans-Tasman Bubble opened by the NZ government between New Zealand and Australia in the month of April. Not only people stuck on either sides of the border for over a year were able to meet their loved ones, but also the ailing tourism economy started witnessing revival.

According to the statistics released by the government in the month of May, there have been as many as 189,500 total border crossings indicating a new dawn for the industry.

Read now: Why did NZ cease its travel bubble with NSW?

Considering that tourism forms such a huge chunk of the economy of the country, the losses have been huge. Especially since the best time to visit the country is from September to February, last year saw a lack in that. This year, however, with international travel on the verge of getting back on track, things are looking brighter.

The airline industry which was suffering tremendously has seen some respite and so have supporting sectors such as hotels and travel consultancies, owing to the initiatives of the Government to promote local tourism. Let’s have a look at a few related stocks to see how things have been for them.

The hub for Trans-Tasman flights, Auckland International Airport has seen a surge in trade after the Bubble opened. While in the trading update released by the Company, the guidance remains the same, that is NZ$25-35 million in terms of retail income, it has been said that with the vaccination being administered across the world at this pace, international travel will resume soon.

Don’t miss: Serko Reports Losses Due To Travel Bans In its FY21 Results

The country’s national carrier witnessed a lot of turmoil last year with mass lay-offs and business coming to a standstill. In a recent trading update, the Company reveals that the cargo business and domestic travel have been game changers for the situation created by COVID-19. So much so, that the demand for Cooks Island travel stands at pre-COVID-19 levels. The earnings guidance currently remains unchanged.

This Company deals in technology solutions for travel and expense. In its annual report for the period till 31 March 2021, the Company revealed how it had witnessed losses due to the pandemic, through travel bookings have increased towards the end of the year. The total income recorded was NZ$16.9 million, while the operating revenue was NZ$12.4 million, a sharp 52% decline from the pcp.

This Company offers clothing and other gear from travel based on adventure. In the latest trading update, the Company revealed that the New South Wales restrictions recently levied due to the pandemic, had led to 40 of its stores being closed. The guidance for earnings is NZ$930 million. Rip Curl has witnessed strong results, While Oboz has also witnessed record performance in the second half of the financial year 2021.

This multinational hotel chain operates in different locations such as New Zealand, Dubai, Singapore, the UK, the US. In the company’s annual report for 2020 given out in March this year, the revenue earned was NZ$172.0 million and the NPAT was NZ$46 million. Over the next few months, the Company updated about some management changes and lease renewal updates.