According to the latest update, New Zealand's Prime Minister, Jacinda Ardern, has announced the closure of the country’s borders till the end of 2021. She also emphasised on vaccinating the nation's entire population by the year-end.

Moreover, for quarantine-free travel, the Kiwiland will witness a new individual risk-based model, which would kick start in 2022.

It is noted that in July 2021, NZ suspended its quarantine-free travel arrangement for a minimum period of eight weeks, considering the resurgence of many COVID-19 cases in Australia.

Amid this backdrop, let us now take a glance at the five NZX-listed travel stocks. 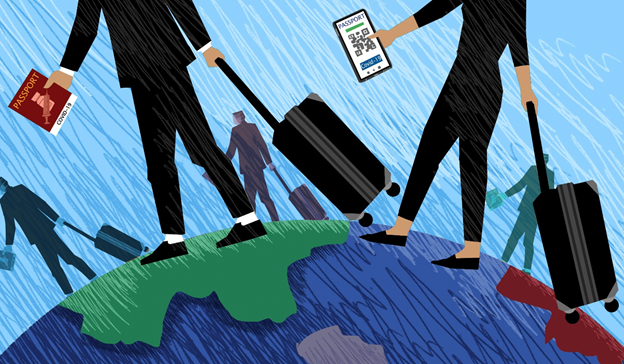 Air New Zealand Limited has deferred its plan to complete a capital raise before September, as announced in April 2021 to Q1 of 2022, as the country’s Finance Ministry has urged the Company that considering the prevailing uncertainties in the market, the Crown will not be able to support AIR’s planned equity raise currently.

However, the Crown will maintain a majority shareholding position in the proposed capital raise at the relevant time.

Must Read: Which are the top 10 transportation stocks in New Zealand?

Auckland International Airport Limited has revealed its plan to reset its infrastructure plan by constructing a new domestic facility, which will be merged into an international terminal. Site preparation, including the first stage of the project, will begin early next year and is likely to cost NZ$30 million.

These changes would provide a smooth journey experience to its travellers between major NZ destinations and international air connections.

Also, the next phase of the development would commence depending upon the speed of the aviation sector’s recovery.

Hilson would be overseeing THL's global IT operations, pricing, telematics products as well as fleet management.

Do Read: 5 tourism stocks that New Zealand investors should look out for

Operating in the travel booking space, Serko Limited has disclosed the appointment of a new independent director, Jan Dawson, who would take charge of her role after the conclusion of the 2021 Annual Meeting, which would be held on 18 August.

Dawson will also head the Company’s Audit and Risk Committee.

Millennium & Copthorne Hotels New Zealand Limited had recently announced its 2021 interim results, delivering unaudited PBT amounting to $41.36 million and group revenue of NZ$98.36 million for the half-year period ended 30 June 2021, majorly on account of the sale of its Copthorne Hotel Christchurch Central land in May 2021.

Considering the prevailing uncertainties pertaining to the trans-Tasman bubble, the Company has enough resources to endure during the period.

With the global economic recovery underway, MCK is confident and will take advantage of the market growth and is focusing on the projects and initiatives being undertaken this year.

With the initial shock of the pandemic in 2020 is over, the global economic environment has improved and hence the travel sector too became confident about its revival.

However, as the pandemic continuous to wreak havoc in some parts of the world, closing its borders till the year-end seems an appropriate step, as New Zealand is one of the few countries, which had successfully curtailed the pandemic within its country.

Also, NZ’s travel sector is optimistic about its domestic demand and has sufficient resources to sail through the prevailing conditions.