S&P/NZX All Consumer Staples ended in green as there was a rise of 2.35% while, on the other hand, S&P/NZX All Energy fell by 1.46%. We would now have a look at the performance of some individual stocks.

The following image provides a broad overview as to how the share price of CAV has trended in the span of past one year: 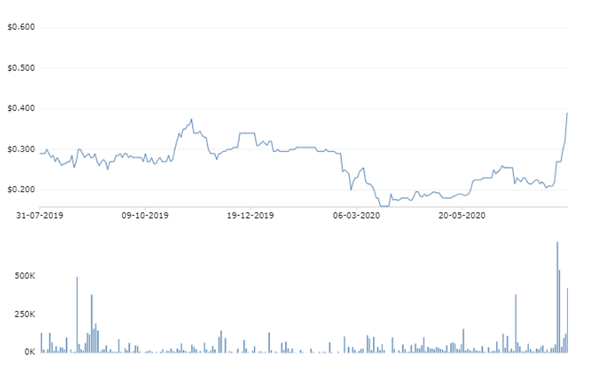 The company would be raising around NZ$19.7 Mn (A$18.4 Mn) total from placement and entitlement offer supporting recent customer wins, growing sales pipeline, as well as providing capacity for the potential growth opportunities.

A Recent Update by AFT

AFT Pharmaceuticals (NZX: AFT) came forward and made an announcement that it has signed exclusive Maxigesic IV® licensing and supply agreement for Bulgaria, Cyprus, the Czech Republic, Hungary, Romania as well as Slovakia, countries with the combined population of over 53 Mn.

As per the release, agreement is with the Cyprus based multinational pharmaceutical company, Medochemie, which earlier signed a licensing agreement for Maxigesic IV® for Ukraine and 9 countries of Commonwealth of Independent States.

It was also mentioned that Maxigesic IV® regulatory approvals in 6 European countries covered by the agreement are anticipated to conclude in the upcoming few months. Notably, sales are expected in 2021 calendar year.