Understanding the Performance of S&P/NZX50 on August 6, 2020

The following image provides a broad overview as to how the share price of CEN has trended in the span of past one year: 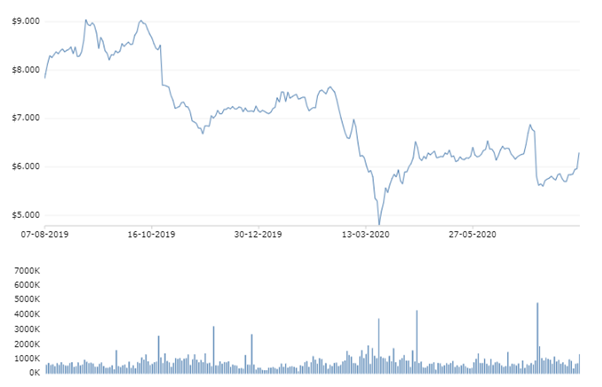 T&G Global Limited (NZX: TGG) came forward and made an announcement about the unaudited financial results for 6 months ended June 30, 2020. The company stated that performance has been improved on same period last year, and TGG also witnessed increased revenue as well as operating profit.

The company’s Chief Executive, Gareth Edgecombe, stated that despite of coronavirus challenges, the company’s results reflect that its ongoing transformation is helping to shift the business forward.

A Recent Update on AMP

AMP Limited (NZX: AMP) has made an announcement that Alex Wade, CEO of AMP Australia, would be stepping down from the role.

As per the release, there has been acceptance of the resignation and AMP has confirmed that Mr Wade would be leaving the business.

Blair Vernon, CEO of NZWM (or New Zealand Wealth Management), has been appointed as Acting CEO of AMP Australia. However, a process is being conducted in order to find a permanent replacement. Mr Vernon would be commencing in the role immediately, and Jeff Ruscoe would be replacing him as Acting CEO, NZWM.